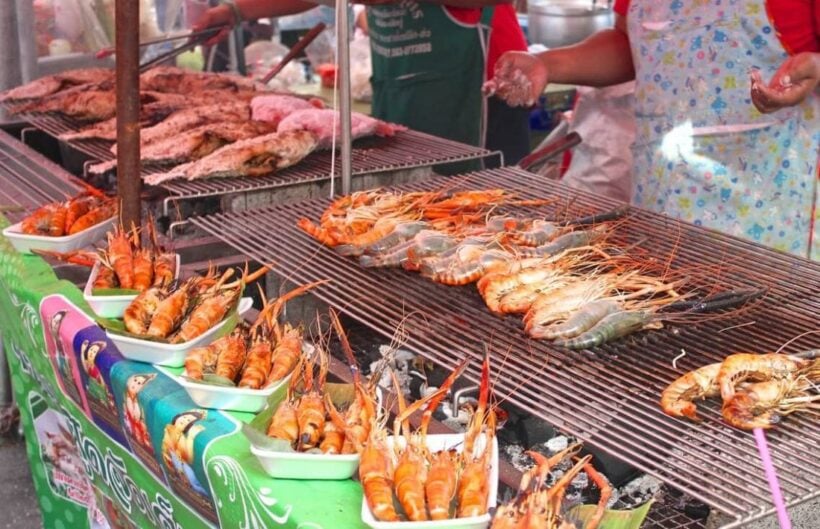 “Sea Write author Somchai Liewwarin complained that he was charged several thousand baht for just a few plates of seafoods.”

Food-shop owners and street food sellers in Hua Hin say they will sign an MoU with the Hua Hin municipal office which will require them to strictly abide by trading rules and not to overcharge their customers, especially for seafoods.

The measure to rein in the food sellers follows a recent social media post by a Sea Write author Somchai Liewwarin, aka Win Liewwarin, who complained that he was charged several thousand baht for just a few plates of seafoods when he dined with a few friends at a seafood shop about two months ago.

The post has drawn many online responses criticising the overcharging by seafoods restaurants and food-shops on the famous walking street. It has also prompted the district chief officer, Thanon Panphipat, to try and reign in the extortionate pricing.

Thanon held a meeting with food-shop owners and street food sellers at the district office to discuss the alleged overcharging problem and it was agreed at the meeting all the food sellers would be made to sign an MoU promising to not overcharge customers and to follow other trading regulations.

Regarding the author’s complaint, the district chief officer said the case was unclear as the author did not provide evidence to prove he was overcharged. The author, meanwhile, said he didn’t want to press any charge against the food seller but merely wanted to warn the other tourists to be careful.

Pru gets Phuket’s only Michelin gong