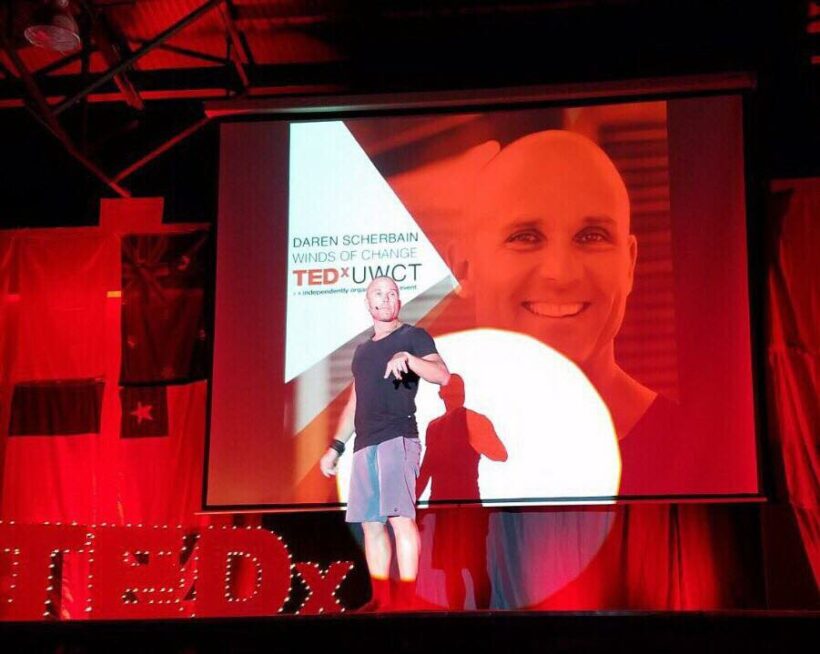 I’m nothing but an ex-snowblower, who can still wrestle with that voice that says it’s so much easier to sit down and fit in then it is to stand in your strength and expose your raw nakedness.

Life and the race course do not respect past results. All those Ironman finishers’ t-shirts stuffed in the closet and the yearly recovery chips stashed in my desk; doesn’t mean that I’m immune to self doubt and fear.

The Finish Line isn’t a magical line in the sand that exonerates me from being anymore human. It’s so much easier to sit down and fit in. Fitting in is not security.

You didn’t think you were the only one with the voice of fear and self doubt?

We human beings are funny creatures.

Why is it that our fears can get the absolute best of us?

It’s not the fear, but the chaos I create in my mind that accompanies the fear. My mind does a fantastic job of taking liberty with the details. It paints a picture, that starts the spin cycle in my stomach and I can literally feel my heart picking up the pace to the accompanying surge of adrenaline. Hey it’s all well and good and let’s not forget that we are programmed for survival. Immediate threat to my survival; I can understand.  What happens when this fear isn’t real and is only a figment of my imagination?

Fear, real or imagined, will have the same physiological response on the body. The past does have this amazing ability to pop its head up and create that sense of deja vu all over again.

I grew up on the Great White North of the Canadian Prairies. Imagination and playfulness was my key to freedom. I played on Death Stars and battled the evil Empire. Zipping around on my bike I would make the jump into light speed and then immediately help an alien phone home. My belt became my trusted bull whip out in the hayfields searching for hidden treasures that would lead me to the Lost Arc. Just like Indiana Jones, I too hated snakes, so did my best to avoid them. The one creature I couldn’t avoid who lived-in the depths of my mind was a shark who devoured all in the sea.

Now remember, that I grew up on the Canadian Prairies  and there is no ocean around for three Provinces. Yet as a kid I was convinced that there were sharks in the lakes. Not just any sharks, but the type that starred in it’s own movie.

What the heck just brushed against my leg? Was that a dorsal fin or a loon off on the horizon?

Don’t pee in the water, it attracts sharks. Sharks, at least the kind that live in my head can smell pee, fear, and know exactly how far I swam out from the boat dock. What I should have been paying attention to was the warning for swimmer’s itch in the lake.

I carried this fear of man eating sharks with me into my thirties. At 37, I lined up for for my first Ironman Race. Never mind the sheer enormity of the day – 3.8km swim, 180km bike, 42.2km run – I had worked myself up into such a tizzy that I was convinced there were a few man eaters out on the swim course waiting for me. Cunning and sneaky bastartds who would wait until the 3rd buoy before they made their move.

We, and you bet your ass it’s a collective WE, need to charge into that water and swim with those sharks.

Fear and excitement also have the same physiological reaction. What if we start using fear to our advantage and get EXCITED and CURIOUS about ‘What scares Us’?

Fear doesn’t mean we are doing something wrong and our immediate synaptic reaction should be to put a double knot in our shoes and run for cover.

What if we start telling ourselves a new story ….
Fear is a necessary ingredient for strength and courage.

Don’t believe everything you think. Get out there and swim with those sharks.

Extremely honoured and grateful to be involved with Winds of Change – TEDx UWCT.