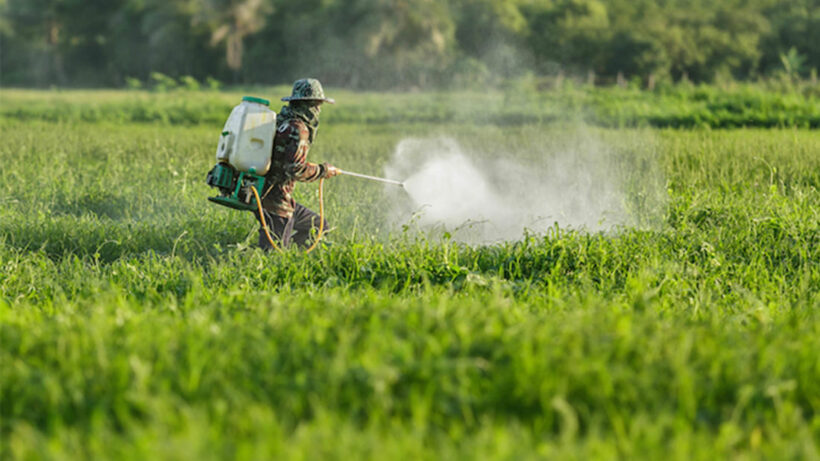 The US is urging Thailand to delay its forthcoming ban on glyphosate, saying it will have a significant impact on the country’s import of soybean, wheat, coffee, apples, grapes and other produce from the US and elsewhere, which totals around 51 billion baht annually.

The Nation reports that the US Agricultural Department made the request after Thailand announced a ban on paraquat, glyphosate and chlorpyrifos, in response to claims from lobbyists that the farm chemicals are toxic.

It’s understood that Ted McKinney from the US Agricultural Department has written to PM General Prayut Chan-o-cha and nine other ministers asking the Thai government to reconsider the ban on glyphosate.

Mr McKinney claims the decision was not based on scientific evidence and says the Environmental Protection Agency (EPA) in the US hasn’t found any evidence that glyphosate is a threat to human health.

“The EPA’s findings are consistent with scientific reviews conducted by others including Japan, European Union, Australia and the Joint Food and Agriculture Organisation of the United Nations/World Health Organisation Meeting on Pesticide Residues.” 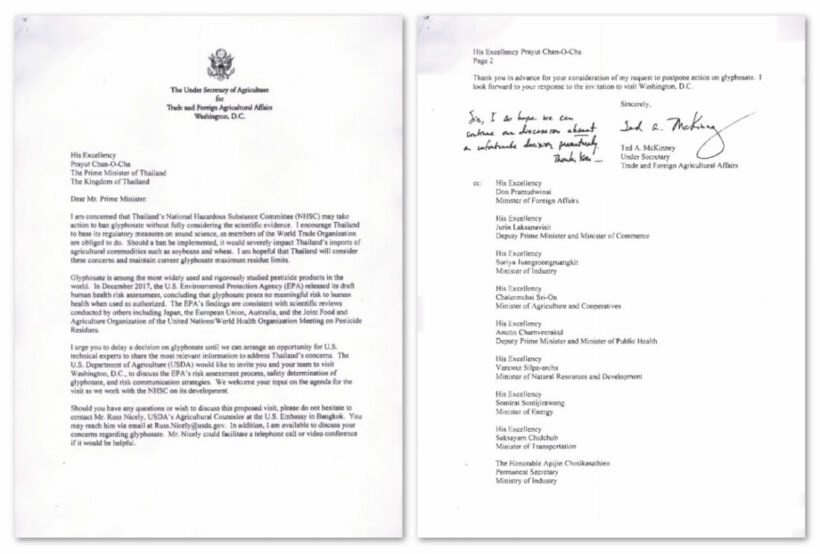 The US Embassy in Bangkok has also written to Industry Minister, Suriya Juangroongruangkit, expressing concern over the impact on Thai farmers and US exports to Thailand.

It estimates the cost to Thai farmers could be between 75 and 125 billion baht due to the expensive substitute products needed and if substitutes prove ineffective, manual labour would need to be employed to remove weeds, adding to the costs. These expenses, when added to the fallout from crop-yield losses, could lead to costs of up to 128 billion baht.

“Of the greatest concern to the US and other Thai agricultural trading partners is an immediate cessation of trade in soybeans, wheat, coffee, apples and grapes among other crops, with the disruption to trade that Thai imports worth as high as $1.7 billion (52 billion baht) annually.”

Suriya has called for the government to carry out a detailed study on the proposed substitutes due to the number of groups that will be affected by the ban.