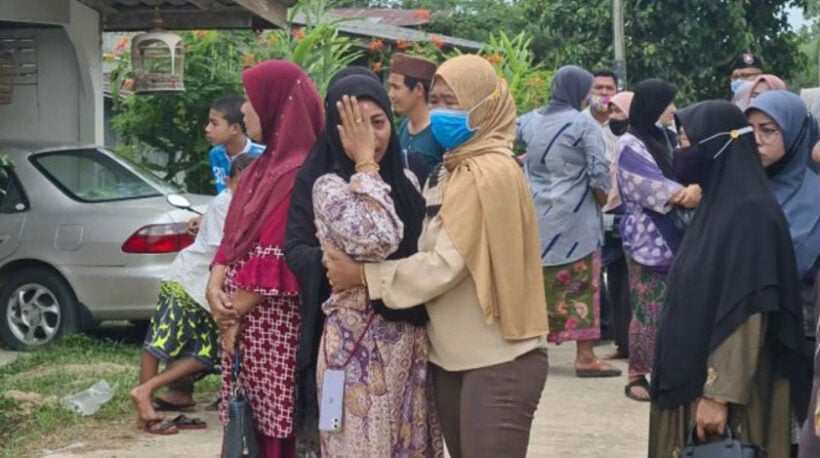 A man undergoing psychiatric treatment after prolonged drug use has stabbed his sister to death in the southern province of Songkhla. The man’s family say he was being treated at Rajanagarindra Psychiatric Hospital, but on the day of the murder he’d been told by his doctor to rest at home.

The man has been named as 39 year old Boonya Yama. His family say he has a history of prolonged drug use, which has left him suffering from occasional hallucinations. A Nation Thailand report says he attacked his sister with a knife normally used for harvesting rubber, and also assaulted his mother, 68 year old Timoh Yama, and aunt, 80 year old Song Ma Sale, when they tried to stop him. The sister, 49 year old Johfah Reda Yama, sustained multiple knife wounds to her face, torso, shoulders, arms and legs, and died in the attack.

Boonya has been arrested and is being held on charges of murder and assault. Police have also seized the knife used in the attack. The suspect’s father, 73 year old Doha Yama, says his son had been experiencing psychotic episodes as a result of his drug use, but that his hospital treatment had been helping.

“After receiving treatment, he becomes normal and helps with rubber harvesting, but he occasionally hallucinates. This is his fifth hallucination episode.”