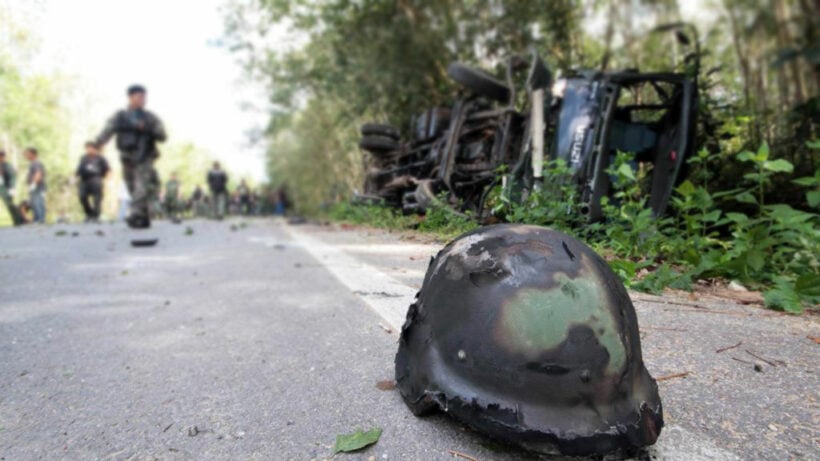 Southern peace talks continue to go nowhere as demands from either side prevent meaningful discourse in the two decade-long border scuffle.

In the latest salvo, the Deputy PM Prawit Wongsuwon has scoffed at a demand by the Barisan Revolusi Nasional, the most prominent of the southern insurgency groups, to release suspects in security cases before peace negotiations can recommence.

The insurgency in the Malay-speaking region of predominantly Buddhist Thailand has killed some 7,000 people over the past 15 years and weekly attacks are still a feature of southern provincial life.

The BRN group officials told Reuters that they met a Thai delegation at “a location in Southeast Asia” on Friday and demanded the release of all people detained over suspected links to the insurgency and a transparent investigation into abuses by Thai security forces.

“If the official peace talks are a feast then these secret meetings are like bringing the cow into the kitchen, but the cow is not even slaughtered yet. The Thai state is like an oiled, slippery eel.”

The Thai delegation attending the weekend meeting allegedly included a team headed by the government’s designated chief negotiator General Udomchai Thamasarorat although the General has declined to comment on whether a meeting ever took place.

An unarmed military source says the efforts to stem the insurgency in the far South had been complicated by the reported interference by elements from a foreign state that allegedly provided training to insurgent operatives active in the southern border provinces.

Past contacts with BRN never led to official high-level talks and the group has maintained a guerrilla war demanding independence for the Thai provinces of Yala, Pattani and Narathiwat which were part of an independent Malay sultanate before the kingdom of Siam annexed them in 1909.

Pak Fakir stated that the groups will never attack northward of the three southern provinces as they don’t wish to be perceived as ‘terrorists’.

“The root cause of our problem is colonisation and this has never been touched upon in past talks.”