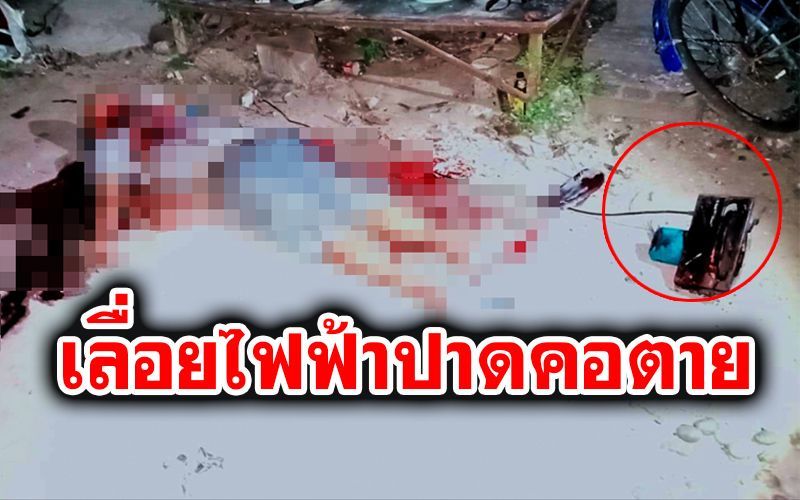 Police and rescue teams on Koh Samui were confronted with a grim scene after reports that a father of two had committed suicide. The young man, identified only as “Phairat,” aged 35, had used a circular saw to cut his throat in a carpentry workshop, in front of his five year old son and four year old daughter.

Na Naew reported on the tragic story which was told to reporters by the victim’s mother, Sai, who lives close by.

56 year old Sai related that her son had two children with his wife, Sunisa, but when Sunisa began a job as a golf caddy they began arguing frequently, which ultimatelly led to them splitting up about a month ago.

On Wednesday night Phairat went to visit his mother with the two children and asked her to make look after them in the future. She says knew he was very depressed over the breakup, but didn’t believe he would take his own life.

Phairat took the children with him to the workshop. Sai says she heard the sound of the circular saw starting up and thought he was back at work.

Moments later the children came running to her house screaming that their daddy had hurt himself and there was blood.