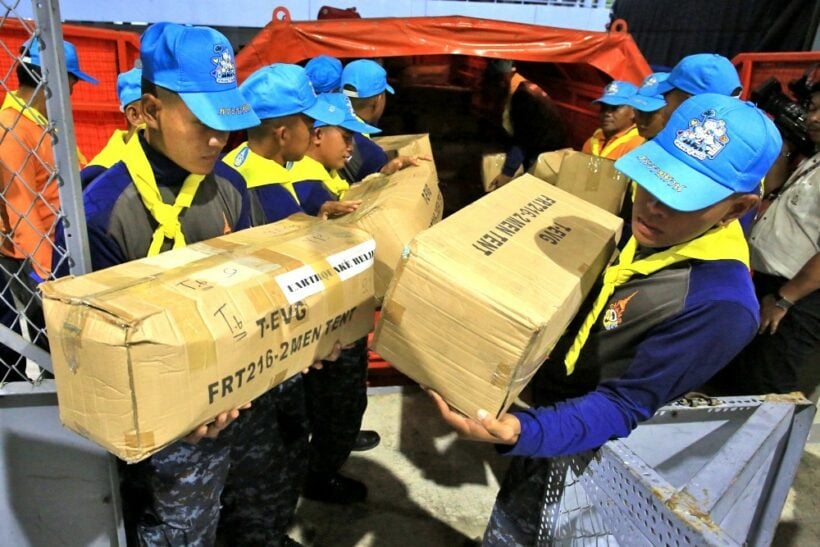 Flooding in southern Laos is starting to subside as the search continues for missing people with more than 6,000 people displaced from their homes following the flash flood on Monday. The collapse of the Xe Pian-Xe Namnoy Dam in the southern Lao province of Attapeu has left at least 26 people dead and an estimated 100 missing as of yesterday.

International support from both the private and government sectors is pouring into Laos after the country’s southeastern Attapeu province was hit by a severe flash flood following the collapse of a hydropower saddle dam.

Thai company Ratchaburi Electricity Generating Holding Pcl, which is involved in the joint venture to construct the failed Xe Pian-Xe Namnoy Dam, has given an initial assistance of approximately 5 million baht to Laos, the company’s public relations department said yesterday.

Company executives have flown to the affected area to stand by to provide further assistance. It has also sought support from Electricity Generating Authority of Thailand (Egat) to supply utilities to help with disaster relief for the thousands of people left homeless.

The dam project, scheduled for completion in 2019, was reported as being around 90 per cent complete at the time of the collapse. Thailand was supposed to be a major customer for the hydroelectric power generated.

The three armed forces have been put on standby to send men and relief supplies to Laos to help in the search of missing people and to ease the sufferings of victims of floods.

Hundreds went missing and more than 6,000 people were displaced by immediate flooding after the collapse of the saddle dam on Monday night.

An Air Force C130 transport plane and a BC725 helicopter are on standby at Ubon Ratchathani airport and both aircrafts have the permission from Lao government to fly to Pakse airport once they are needed.

Deputy spokesperson of the NCPO Colonel Sirichan Ngathong said PM Prayut Chan-o-chad had instructed the army to make necessary preparations, including medical team, survival bags, daily necessities and public disaster relief equipment in case there is a request for help.

The Thai Red Cross, however, is acting as a go-between and is accepting donations to pass on to Laos.

The collapsed dam is part of a hydropower project by the Vientiane-based Xe Pian Xe Namnoy Power Company. It is a joint venture between South Korea, Thailand, and Laos and was established in 2012. According to the Korea Herald, South Korean President Moon Jae-in yesterday ordered the dispatch of an emergency relief team to Laos.

Vietnam, also a neighbour of Laos, has offered assistance, although there have been no reports of Vietnamese casualties in the disaster, according to local media VnExpress International. Vietnam’s defence ministry has instructed some of its forces to prepare to assist Laos on request, VnExpress reported. 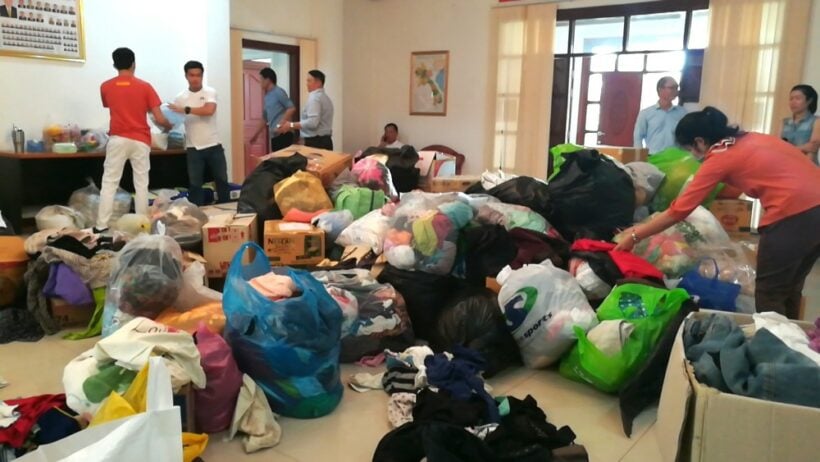 Marijuana across the Mekong – 350 kilograms seized