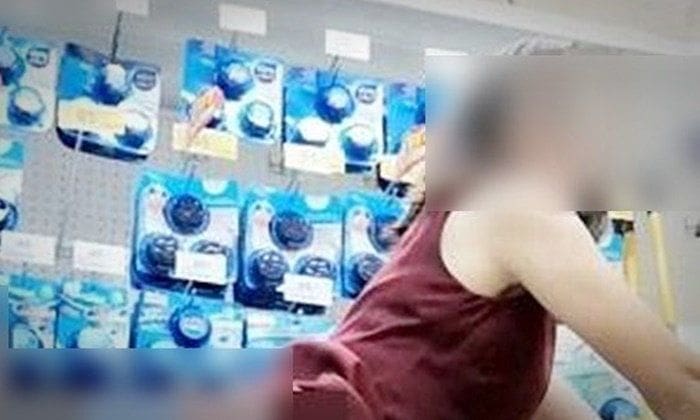 Police are trying to track down a Thai couple who were photographed having sex in a famous supermarket.

The photos were shared (of course) on the SSBN Facebook page, which is known for sharing risqué photos and clips, and quickly went viral during last night.

The photos show a man wearing jeans and t-shirt and a woman in a red dress engaged in a number of ‘intimate’ acts in what appeared to the aisle selling toilet cleaning products (in preference to the garden tool section).

According to Sanook, shoppers could be seen in the background on some of the photos. Many people commented on the photos with negative comments about the couple and their actions.

Officers from Thailand’s Technology Crime Suppression Division (TCSD) have confirmed they are now investigating the photos and are trying to track down those involved.

Pol. Maj. Gen. Siriwat Deepai says the couple could be charged with uploading and distributing pornographic material which is punishable by up to 5 years in jail and/or a fine of up to 100,000 baht.

And just so you don’t have to go searching for the Facebook page, here’s all that’s left…