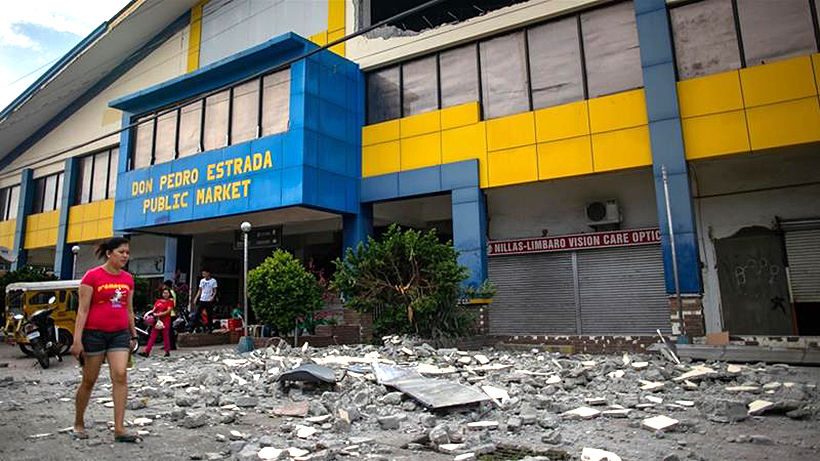 A strong 6.4 magnitude earthquake has struck the southern Philippines, killing five, including one child, destroying property and disrupting power supply. The death toll is expected to rise.

The powerful quake was felt across the Mindanao region, even causing a 3-storey shopping mall to burst into flames. Residents were evacuated and a child was killed when a house collapsed in the town of Datu Paglas.

AFP reports that the quake was 14 kilometres deep and followed by two aftershocks. The Philippines is part of the “Ring of Fire”, a zone of constant seismic activity that stretches from Japan through Southeast Asia and across the Pacific.

Several injuries have been reported as a result of falling debris. The shopping mall that caught fire was evacuated when the quake struck, but it’s not yet known if there were still people inside as the fire took hold.

The mall was still on fire three hours later as nearly 100 firemen battled to put it out.

Residents on the coast in Davao fled to higher ground fearing a tsunami, even though a government seismologist reassured people there was no tsunami risk as the quake had occurred inland.

It’s understood that prisoners in the municipal jail in the town of Bansalan were also let out, but placed in handcuffs and held outside for the duration of the evacuation.