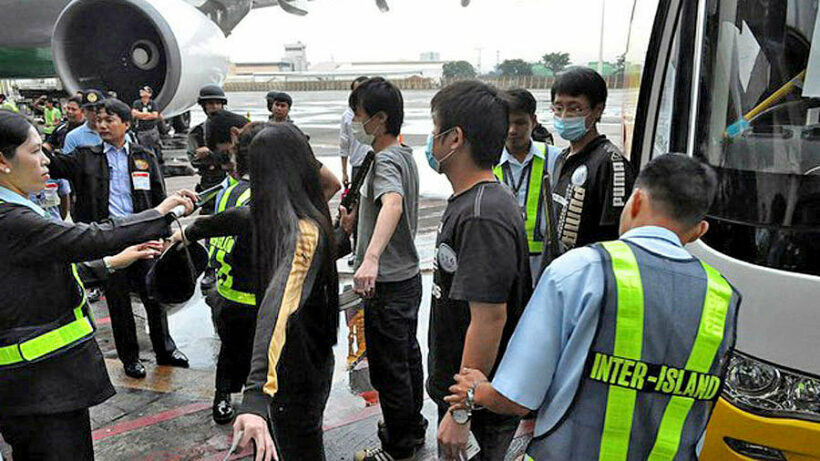 Aliens were reportedly rounded up in eight hotels and establishments where they were caught in the act of doing their illegal activities.”

Philippines immigration officials, backed by army troops, have arrested more than 300 Chinese over alleged cyber crimes, a week after a similar number were detained during a raid linked to investment fraud.

Immigration Commissioner Jaime Morente says the detainees, most of whom appeared to be undocumented, will be deported.

Morente added that his bureau will continue to root out illegal aliens, especially those engaged in “unauthorised online gaming activities, cyber fraud and investment scams that prey on unsuspecting victims who are mostly abroad.”

Last Friday, Filipino authorities arrested 277 Chinese nationals in a raid on a gang wanted over a vast investment fraud that cost victims in China millions of dollars.

Agents swooped on an office building in the capital Manila to take four suspects into custody in connection with the 100 million yuan (US$14 million) scam, but said they stumbled on many more “conducting illegal online operations.”

Monday’s raids in Palawan stemmed from reports made by local officials about the presence of illegal Chinese workers in Puerto Princesa, the immigration bureau’s acting intelligence chief Fortunato Manahan said in the statement.

The Philippines has seen a spike in the arrival of Chinese tourists and workers since President Rodrigo Duterte came to power in mid-2016 and immediately set about warming relations with Beijing.

The influx has had a mixed impact, and authorities suspect many of the arrivals are working illegally in the online gambling industry.

15 killed after truck plummets into ravine in T’boli, Philippines