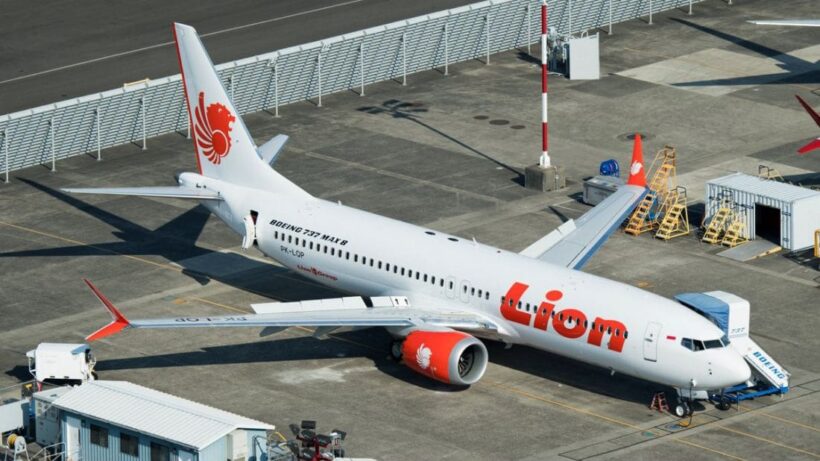 PHOTO: A Boeing 737 MAX, identical to the crashed jet

Just as hopes of finding the second black box of the crashed Lion Air Boeing 737 MAX began to fade, investigators say they finally found the voice cockpit recorder (CVR) of the doomed flight. Data retrieved from the device could help determine whether pilot error or specific issues with the MAX 8 contributed most to the October 2018 crash.

The discovery is a critical part of the puzzle to explain how a brand new Boeing 737 MAX fell out of the sky just after take-off.

The plane vanished from radar 13 minutes after take off, slamming into the Java Sea moments after pilots had requested to return to the airport, killing all 189 people onboard.

The bright orange cockpit voice recorder was discovered early yesterday in the mud about 10 metres from where search and rescue teams found the flight data recorder in November.

“This will really help the investigation and could give some more answers on the causeof the crash.”

The flight data recorder supplies information about the its speed, altitude and direction. The Cockpit Voice Recorder actually records the conversations and communication of the pilots.

A preliminary report on the crash speculates that the pilots of the new Boeing 737 struggled to control the plane’s anti-stall system just before the accident. The report was also critical of Lion Air Indonesia for not grounding the plane before the fateful flight as four previous flights had reported issues with the automated anti-stall system.

Cambodian diplomatic passports issued to foreigners to be annulled