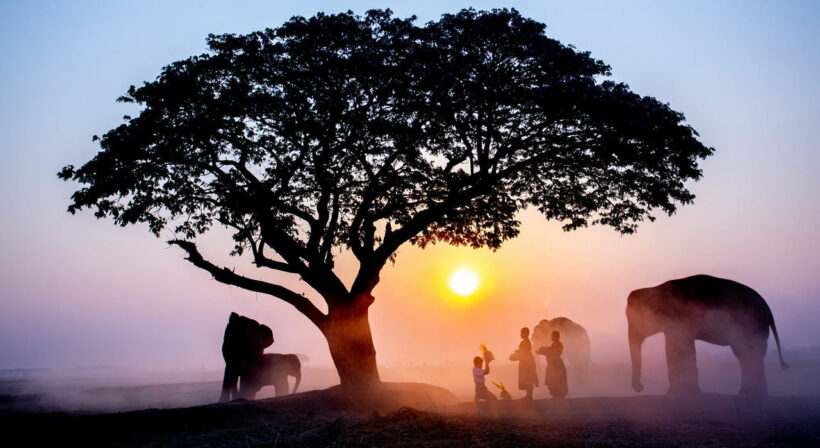 Elephants are the biggest victims of the Covid-19 pandemic, literally. There is a danger that many elephants may starve to death with no tourists visiting camps and sanctuaries across South East Asia. The warning from the World Elephant Foundation.

The foundation has launched the ‘Save the Asian Elephant’ campaign to raise awareness and funds to help protect the large mammals at this time of travel restrictions and community lockdowns. Elephant shelters and parks throughout Thailand, Myanmar, Laos and Cambodia, which normally rely on tourists for revenue, face many challenges to survive in 2020, according to WEF director Nudplee Hamundee.

“The Covid-19 pandemic isn’t just causing great suffering for us humans, it is a huge problem for the thousands of elephants and their carers, as money is running out to feed these gentle animals.”

“South-East Asia is heavily dependent on tourism, so when visitor numbers starting dropping in mid-January, it caused financial distress for the elephant owners and herders. Each elephant can consume between 200 to 400 kilograms of food a day, mainly grass, bamboo or cultivated crops. A conservative estimate of the cost of feeding an elephant is US$14-20 a day. The outlook is grim.”

He says it isn’t just the sudden loss of income which has affected the care of elephants, as elephant camps relied on volunteers to help take care of the elephants, using funds raised to further animal welfare, combat smuggling and encourage conservation and habitat restoration.

One of the hardest-hit places is the traditional elephant hotspot in northeast Thailand’s Surin, bordering Cambodia.

“The situation is made worse by it being the dry season and very little jungle remaining, so there isn’t much fresh plant material or vegetation for animals to eat. Instead, the carers have to buy food from the farmers, but they are running out of funds, so won’t be able to feed the elephants anymore.”

“WEF is working in co-operation with Supatra Sonsong to help 15 elephants, including three babies, providing them with a good diet and enabling an elephant vet to care for their medical needs. Compassionate friends around the globe can help sponsor an individual elephant. Unfortunately, in the months to come, we believe there will be another 300 elephants in the region who need our help to survive this year.”

Centuries ago the Kui tribe in the Thai province of Surin domesticated elephants to help on the fields, and since then, they breed elephants for the rest of the country. They are also sold to nature parks where elephants interact with tourists. In Surin, as well as Cambodia and Laos, the Kui or Kuy hill tribe are the ethnic group who have worked as mahouts and handlers with elephants for centuries.

“A long time ago the Kui domesticated elephants to help in the fields, and since then, they have bred elephants, selling some to nature parks and sanctuaries where tourists may interact with them.”

WEF estimates that there are about a thousand captive elephants in Thailand, many face starvation since the country’s tourism industry has been brought to a standstill.

“If nothing is done, many of these elephants may starve to death or be sold for illegal logging or hard labour. Pregnant females may be smuggled and we worry about their fate. There is no government support to help these elephants, that is why we are reaching out to friends of elephants around the world, to help save the Asian elephant during these difficult times.”

He says while tourists can postpone their travel to South East Asia, the elephants need to eat. Asian elephants, which have smaller, rounded ears compared to African cousins, can weigh up to 5 tons and live up to 60 years. The largest land mammal in Asia, the Asian elephant is a highly social animal, with 20,000 remaining in the wild, though several thousand are in captivity in zoos, parks, shows and for rides. Over the last century, elephant numbers have dropped by 50%, and are classified as ‘endangered’.

Mr Hamundee says elephants are one of the smartest creatures on the earth, with intelligence comparable with dolphins and great apes, and behaviours indicating they have compassion, grief, altruism, and self-awareness. He says reports from the field suggest that many elephants are showing signs of stress and depression.

The World Elephant Foundation has established a registry, encouraging rescue organisations and sanctuaries to notify the WEF of their numbers and needs so a better coordinated approach can be undertaken throughout the Greater Mekong region.

He says during lockdowns around the world, some people over-eat and worry about putting on weight, but for the elephants of South East Asia, many have lost their meal ticket.

He is optimistic that concerned tourists who have visited South East Asia, as well as those planning to visit after the Covid-19 pandemic is over, will show solidarity not just with fellow humans, but with other mammals sharing the earth. “Our vision is for a world where animals live free from suffering. But it is only by working together we can change the world for animals.”

Mr Hamundee says anyone who owns or cares for an elephant should get in touch with WEF. Elephant owners can register each elephant with an individual page for donations. Current countries that can register () are Thailand, Cambodia, Myanmar, and Laos. 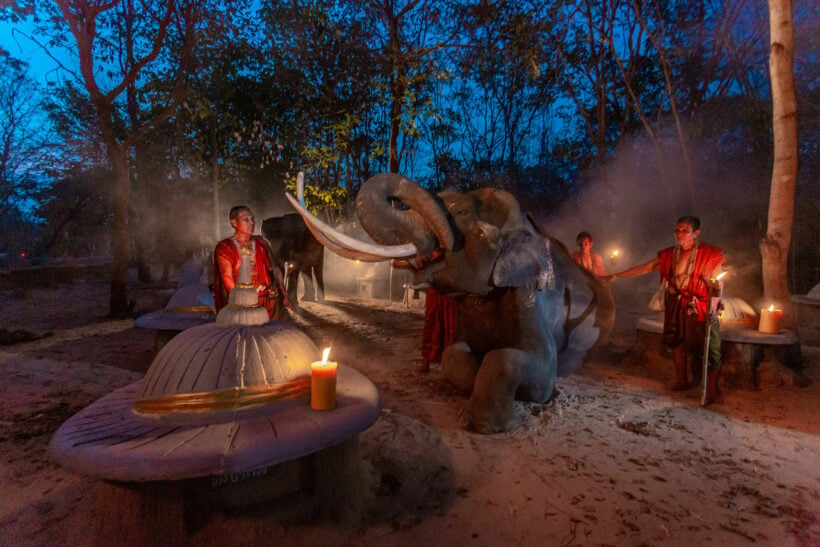