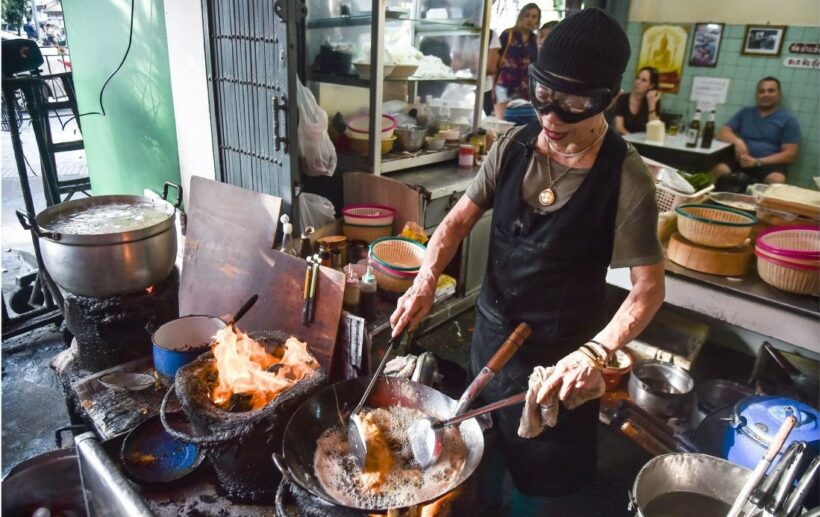 The only Thai street-food eatery to have won a Michelin Star, Jay Fai, will soon have an opportunity to cook up some dishes for PM General Prayut Chan-o-cha.

Supinya Junsuta’s shop is Thailand’s only street-food eatery to have won Michelin recognition. She plans to serve Prayut her famous dishes such as a crabmeat omelette and dried congee. “I’ve heard the prime minister loves Thai food,” Supinya said. The 72-year-old woman said that if she got the opportunity to speak to Prayut she would tell him to take good care of fishermen and to ensure police are not too strict with people who are trying to earn a living. “It’s difficult for sellers to not raise their prices, if their cost increases,” Supinya said.

She said that several high-profile figures were already among her customers, including HRH Princess Maha Chakri Sirindhorn. “I was working in front of my stove one day and suddenly the Princess turned up. I cooked stir-fried noodles for her,” Supinya said.

Her simple restaurant serves delicious food although the price tags are way more expensive than normal street food. A crabmeat-omelette dish, for example, starts at 800 baht and the most expensive item, abalone noodles in gravy, is 20,000 baht. “I have set reasonable prices. My ingredients are premium quality and very fresh,” Supinya said. 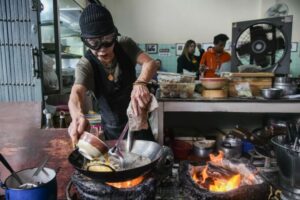 Her restaurant is known as “Jay Fai” because Supinya has a noticeable mole on her neck. Fai means mole in Thai. Supinya said she inherited the food shop from her parents, who started serving stir-fried noodles more than seven decades ago. “I started helping my parents following the closure of the factory I worked for,” she said.

After working for some time at the restaurant, she started diversifying the menu by creating new dishes. Supinya said she believed that aside from quality ingredients, charcoal-based cooking is the key to her successful business.

There is a constant flow of customers despite the restaurant’s relatively high prices, compared with other street-food eateries. A 41 year old customer at Jay Fai yesterday said he started frequenting the restaurant 25 years ago.

“I was just a school student when I heard this place served really yummy food,” he said. He believed most people would forget the relatively high price after tasting the food.

“I can tell you that the taste is exactly the same every time, so whenever you come back, you are not disappointed,” he said.

He believed the prices set by Supinya were reasonable because the ingredients were of such high quality. 29 year old Phirada Cheepsattayakorn said when she first went to Jay Fai, she found the prices shockingly high.

“But after the food arrived, I thought it was money well-spent,” she said. She said she used to visit with her boyfriend and now that it has won a Michelin star, she hoped to soon take her parents too. 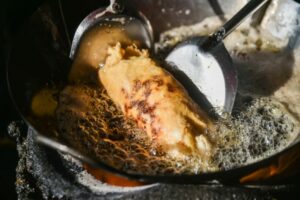 Time to get your shoes dirty