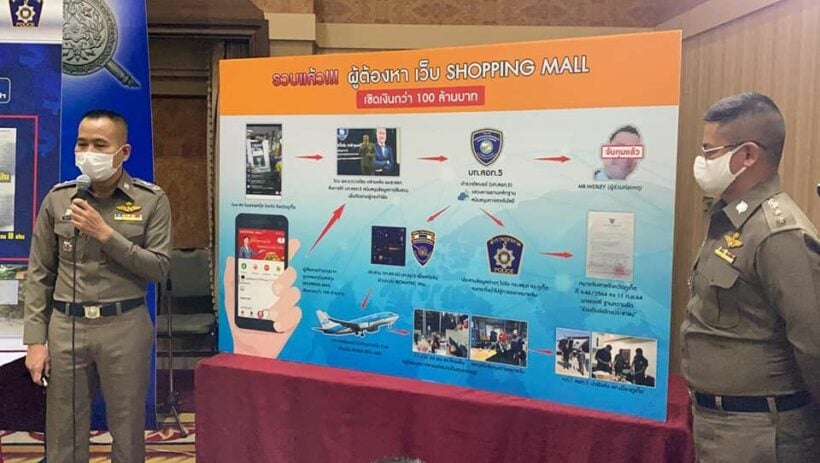 Police arrested a 37 year old Dutch national who was allegedly involved in the SPM Shopping Mall website scam, which police suspect is a huge pyramid scheme that defrauded hundreds of people on the island. Police say the man was a Line administrator for the scheme and they are still searching for 40 other suspected Line ‘Admin’.

Wesley Halbach was arrested over the weekend after several Phuket residents filed complaints with police, accusing Wesley of tricking them into making an investment. People were getting paid to “click” on products as a positive rating to help boost SEO rankings, and the more they invested the more they could ‘click’, etc, etc. Many of the Admins, after acquiring ‘customers’ could earn a cash payment of 500 baht per day.

Victims say the more more they invested, the more money they would get back. Large investments led to ‘promotions’ in the ‘pyramid’, the victims say. Recently, money transfers did not go through and no one from the company could be contacted, victims say.  Some members invested at least 1,000 baht while other invested around 200,000 baht, according to Kanchai Khlaikhleung from the Cyber Crime Investigation Bureau.

“At this stage, about 1,000 people have identified themselves as victims. Many of them came with tears on their faces, as they had spent all of their savings on this investment… Most of the victims are living in Phuket and on Koh Samui. Some of them understood well how the scheme worked, some just wanted to try it, some had no idea that it was a Ponzi scheme.”

Kanchai says Wesley monitored the website and Line app every day and invited people to join. Wesley was charged with conducting an online scam and defrauding others. Reports say he was planning to flee to the Netherlands and he was detained at Bangkok’s Suvarnabhumi Airport.

The SPM Shopping Mall website domains were registered in China and Hong Kong. Money invested in the scheme had been transferred into 44 accounts at 4 banks overseas, but police didn’t specify which country or what banks. Police are working with transnational agencies for the investigation.

“The man, his wife and child were about to flee the country. If they could get out of the country, about 100 million baht would have gone with them, as they had already transferred it to the banks in a neighbouring country… We cooperated with Immigration officers to keep an eye on them after they took a flight from Phuket to Bangkok.”

People who lost money to the SPM Shopping Mall scam should file a report on Google Forms, police say. Click HERE to file a report. 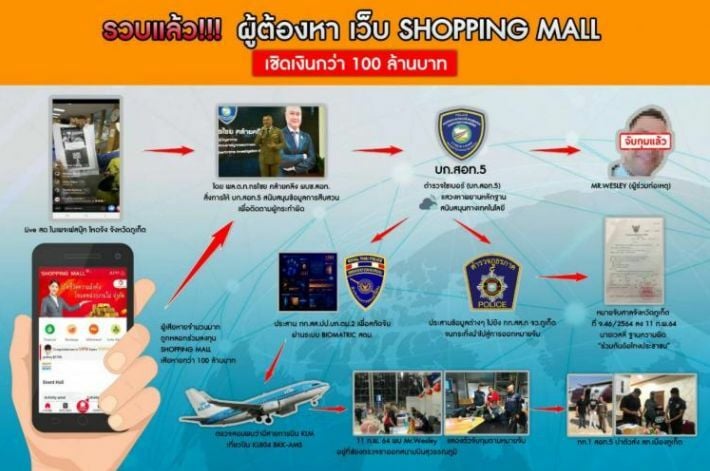