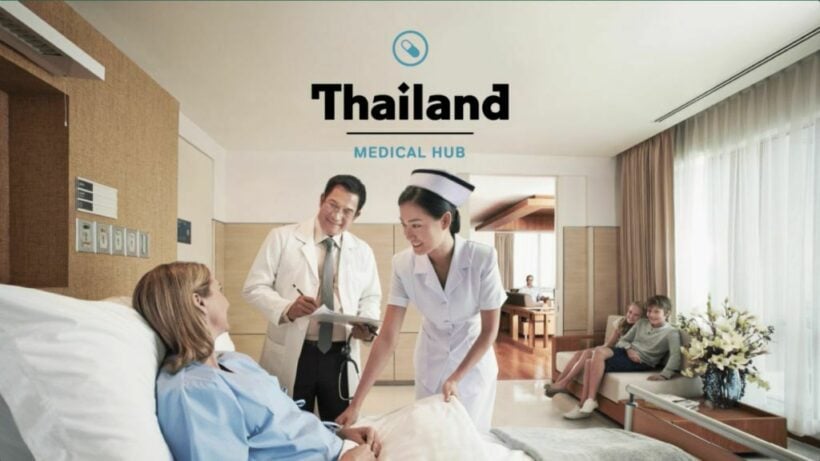 PM Prayut Chan-o-cha plans to turn Phuket into a world-class hub of medical tourism by 2028, according to a spokesperson for the prime minister. An international medical and public health service centre called “Medical Plaza” is planned, complete with an international elderly care centre, a palliative care centre and a rehabilitation centre.

Thailand’s medical and public health services have been recognised internationally, so expanding medical tourism is going to be good for Thailand’s economy in the future, according to the PM’s spokesperson Thanakorn Wongboonkongchan. Medical tourism was a focus at Thailand’s International Health Expo 2022 held from March 17-20 in Bangkok.

Phuket in particular will become Thailand’s medical tourism hub in upcoming years, with the new “Medical Plaza” to debut at an event called “Expo 2028 – Phuket Thailand” scheduled to take place in six years’ time. Medical Plaza will be a comprehensive international medical and public health service centre complete with an international elderly care centre, a “Jairak” palliative care centre and a rehabilitation centre.

The success of the Phuket Sandbox programme is a perfect example of how tourism can be paired with safe public health measures, according to the PM’s spokesperson. Pairing tourism and healthcare have the potential to be developed further and attract a large number of tourists, especially now Thailand’s healthcare system has gained international trust, says Thanakorn.

To search and compare the best prices for medical in Thailand, check out MyMediTravel.com.

riclag
Yo ! If your listening  get up to speed with the latest Prostate procedures ,like the Urolift, Rezume and PAE ! Many falangs who are considering procedures are looking for a less invasive procedure as what offered predominately here such…
Cathat
7 hours ago, Soidog said: Course you do and of course it will happen! How’s the plan to make Suvarnabhumi the Aviation hub for SE Asia going?    I wouldn’t be half as cynical about all this BS is there…
HiuMak
13 hours ago, JustAnotherExpat said: All this hub nonsense - they just throw it against the wall to see if it sticks, which it rarely does. The only hub Thailand established and crowned glory for years is the sex tourism…

DoUKnowWhoIAm
20 minutes ago, HiuMak said: The only hub Thailand established and crowned glory for years is the sex tourism hub. Nothing else And that's about the only hub they do not claim to be😂

Soidog
11 minutes ago, DoUKnowWhoIAm said: And that's about the only hub they do not claim to be😂 Probably the prime example of the double dealing and two faced attitude that goes on in Thailand. I think the ability to say…