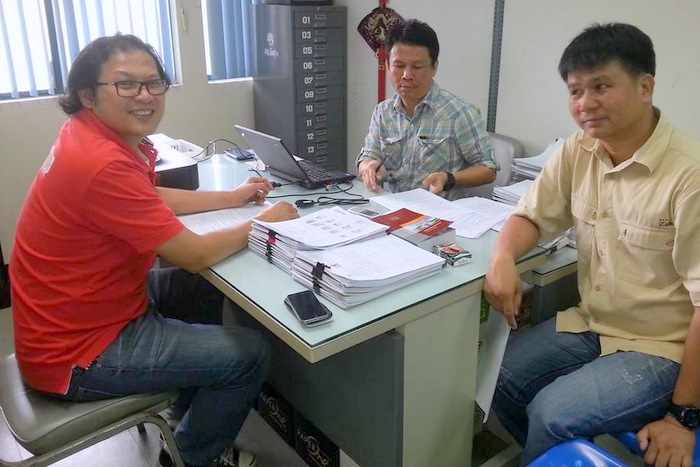 Mr Prab and his father are both facing charges for their alleged involvement in Phuket’s taxi mafia, and were the main targets in a high-profile raid last week (story here).

Specifically, they are facing charges of extortion and criminal activities carried out by a criminal association (story here).

Mr Prab announced last Thursday that he would surrender to police today (story here), though his father remains at large.

“I could not make it in time to catch a flight to Phuket and surrender there this morning, so I went to the nearest police station.”

Mr Prab is expected to arrive in Phuket this afternoon under escort by Bangkok police officers.

“I’d like to thank the Bungkum Police very much for taking me to Phuket,” Mr Prab said.