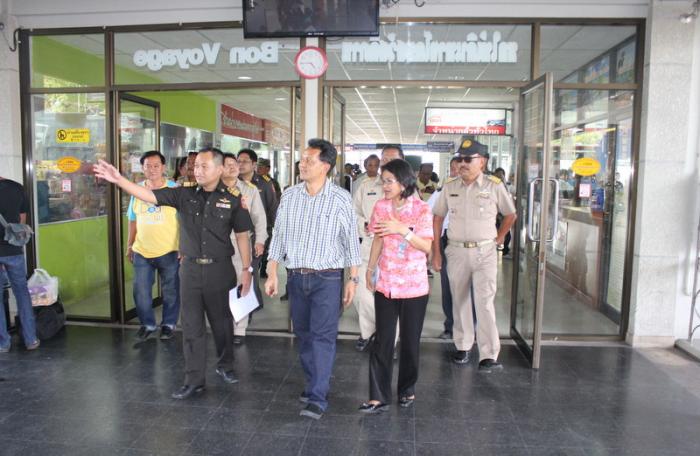 PHUKET: ‘Play it safe for Songkran’ was the message put out by Phuket Governor Chamroen Tipayapongtada ahead of the new year festivities, when he made an inspection visit to the main bus terminal on Thepkrasattri Road in Rassada yesterday.

“Please don’t drink and drive. Play it safe for Songkran,” urged the governor, who was at the bus terminal to oversee testing of bus drivers and ensure no one would be driving under the influence of drugs or alcohol.

“In the interest of passenger safety, drivers must be tested for drug and alcohol use before being allowed to get behind the wheel,” said the governor.

All the drivers passed the purple pee tests, it was confirmed.

Governor Chamroen also confirmed that police would be monitoring traffic at checkpoints across the island, with special emphasis on the roads going in and out of Patong, as well as at the Tah Chat Chai checkpoint.

Surge in registrations of new companies