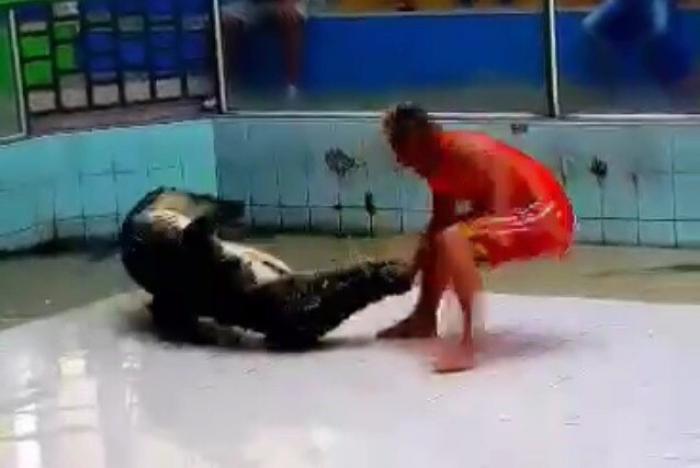 PHUKET: A crocodile show in Chalong went wrong yesterday afternoon when one of the crocodiles attacked a performer.

The reptile, measuring more than 6 feet in length, snapped its jaws around the wrist of the man and twisted its body. He, in turn, managed to spin in the same direction and saved his wrist from a possible fracture. He is being treated at Mission Hospital for minor injuries.

Large crowds of tourists frequent these shows every year, during which crocodiles are taunted by handlers to get them to snap their jaws viciously as they perform dangerous tricks, such as putting their head and arms inside the crocodiles’ mouths and pulling out just in time.

Several tourists captured the incident on video and uploaded the footage to YouTube, with one such video having so far received well over a thousand views.

No deaths on Day 2 of “Seven Days of Danger’