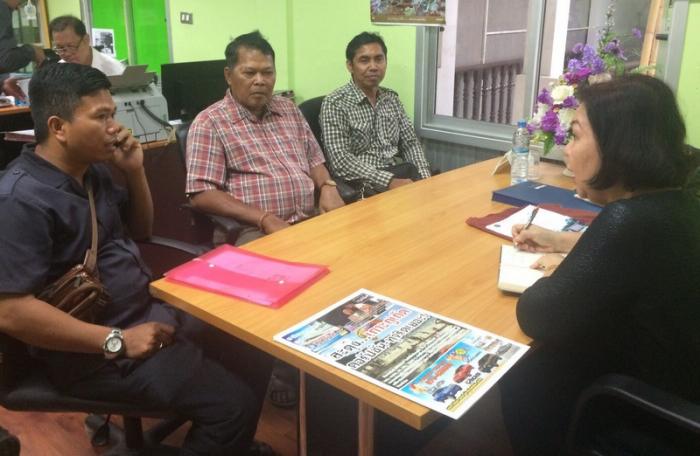 PHUKET: A group of ten bus operators in Phuket yesterday filed a complaint at the Damrongdharma Center, saying they had been cheated out of millions of baht by a company acting as a middleman in a rental contract.

The price negotiated in the contract was 50,000 baht per bus per month for a year-long contract.

The contract was signed at a coffee shop, as the company representatives had said that their offices were under construction at the time.

“Everything was fine in the first month. However, in the second month, they only paid us half of what they owed us, and from the third to fifth months they did not pay at all. In total, they owe us about 200,000 baht per bus, which comes to 4 million baht overall,” said Mr Suthin.

“We approached the tour company directly, but they said that they had already paid the full amount to the middleman,” he added.

They then asked a lawyer to send a letter to that company, only to find that no such company existed at the address listed in the contract.

“Please help us. We are just local bus operators and have families to support. There are many outstanding expenses which we cannot meet, including monthly down payments and fuel costs,” said Mr Suthin.

Pirikarn Jaroenwat of Damrongdharma Center accepted the letter and said she would take action in the case.

“We will contact the company acting as the middleman in order to uncover more details about this issue. If they do not respond, we will make sure that legal action is taken,” said Ms Pirikarn.