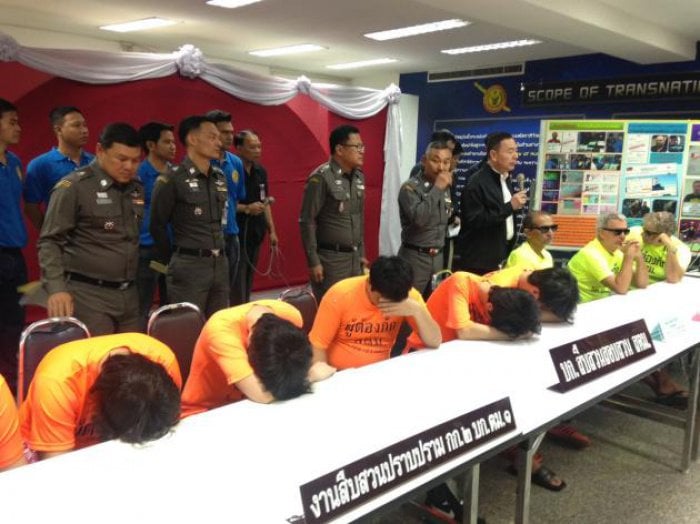 PHUKET: Hungarian national Kocsis Szabolcs Laszlo, 41, was presented to the press in Bangkok by Immigration Bureau commissioner Sakda Chuenpakdee yesterday after his arrest in Phuket on March 15.

Mr Laszlo was wanted for allegedly smuggling 35 kilograms of marijuana from the Netherlands to Hungary on seven occasions, Lt Gen Sakda explained.

The Immigration Commissioner said that police had arrested 11 foreign fugitives in six different cases including an alleged Pakistani passport forger, an alleged French online trade fraudster and a Finn wanted for fraud and tax evasion.

French national Stephane Jacques Roulin was apprehended in Satun on March 25 following a request from the French authorities for his arrest.

Mr Roulin was wanted by the Montpellier Court for duping people out of at least 100,000 euros per person in a scam to buy luxury cars online. The total figure is expected to rise as more victims file complaints.*

American Josef Cohen, 60, who had been sought for assault, was arrested in Bangkok’s Bang Kapi district on Tuesday.

The suspects reportedly confessed that they took bets on South Korean football matches from 100 members in exchange for monthly payments of 60,000 baht each.

*One suspects name was removed in accordance with international law.