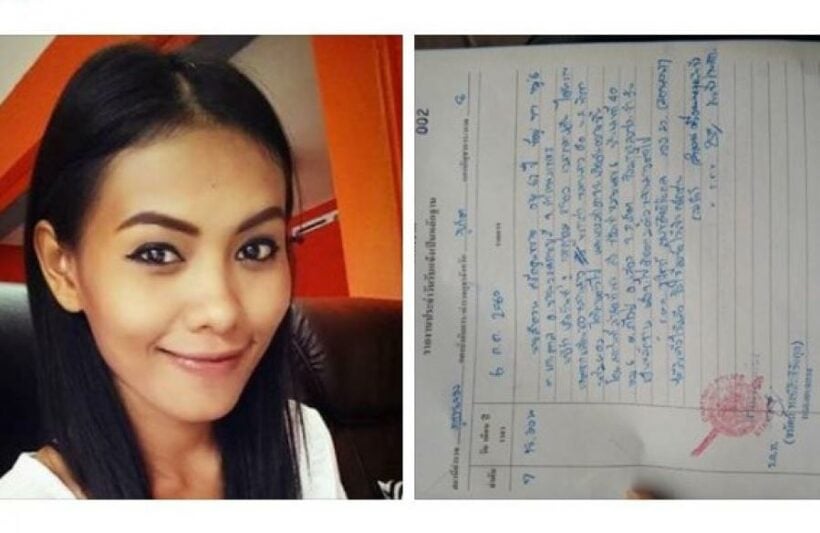 PHUKET: Police are searching for a Phuket woman who has reportedly been missing for seven days.

Facebook user R’forey Rujirada (whose real name is Rujirada Ornkorat) shared a post on social media saying she was the missing woman’s niece.

Ms Rujirada provided a picture of her aunt and asked for any information or help in locating her.

The post was widely shared on social media, but no information regarding Ms Picha’s whereabouts has yet come to light.

The missing woman was last seen at her rental room in Moo 6, Rawai, where she lived by herself. She was reportedly dating a foreigner, but police have say they have not been able to contact him.

“I had not heard from my aunt for a few days and about seven days ago I got a call from her office that she had not shown up. I tried to contact her and also called other family members to see if they knew of her whereabouts, but no one knew any more than I did. So, I decided to file a report with the police,” said Ms Rujirada.

Lt Col Saman Janrong of Chalong Police said that officers are checking CCTV footage and interviewing relatives and friends to try to gather as much information as possible.