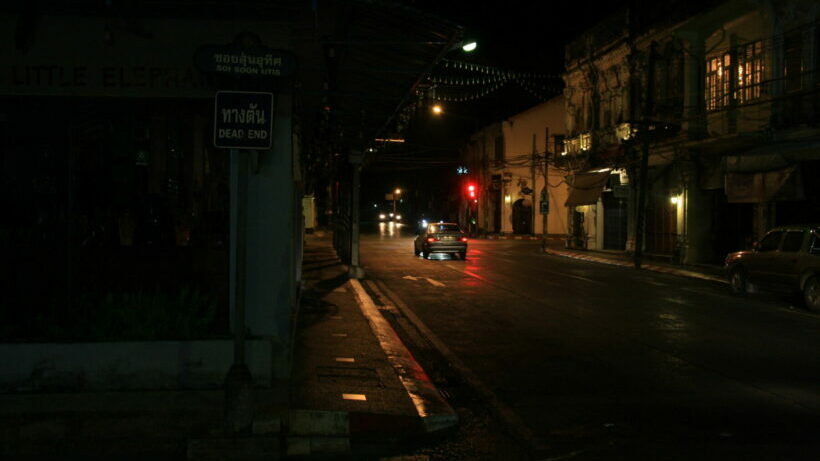 3 Russians have been arrested for allegedly stealing a painting valued at 50 million baht from a Swiss national. They were also charged with assault. The alleged theft happened in Pattaya back in 2020. They were arrested in Phuket, today.

The alleged crimes happened in November of 2020 in tambon Na Chom Thien. The arrest warrant had been approved by the Pattaya Court. The warrant had listed 4 Russian nationals: 51 year old Olek Tarakhnov, 19 year old Alek Sie, 33 year old Maxim Sukharev, and 33 year old Alena Zakharova. Chief of the investigation office of the Immigration Police Bureau, Pantana Nuchanart, says the charges were filed against the suspect at the Na Chom Thien police station in Pattaya.

The suspects allegedly beat a Swiss man and then stole his painting. The 4 suspects were later arrested but absconded after being released on bail. Immigration police later discovered the suspects were located in Phuket, so they obtained warrants to arrest the suspects.

Then, today, Olek and Alena were arrested at a house in Grace Gardens housing estate, a luxury residence where the couple paid 50,000 baht a month in rent, says the Bangkok Post. Maxim was arrested at the Habitown housing estate. The police say Alek has left the country. The suspects have since been taken to the Phuket immigration office for questioning. They have denied the assault charge and claimed they had bought the painting.

The suspects will be transferred to Chon Buri for further legal proceedings.

Yinn
2 hours ago, gummy said: I have to ask why would a Swiss national have a 50 million baht painting in Pattaya  ? Did he buy it in Thailand ?  Or did he bring it here somehow evading duties ?…

gummy
5 minutes ago, Yinn said: Try google it gummy. https://www.thairath.co.th/news/crime/2188493 Nothing in there answers the questions.
HolyCowCm
So not a Smart Olek or Smart Alek at all.
EdwardV
"claimed they had bought the painting." - Yes because innocent people always beat the person they are trying to buy something from, and later skip out on bail.
Stonker
5 hours ago, Thaiger said: 19 year old Alek Sie   4 hours ago, Stonker said: Seriously? Not Alexei? 😂 According to Thai language news media, Alexei Guschikin. Nothing beats local news reports .....😢