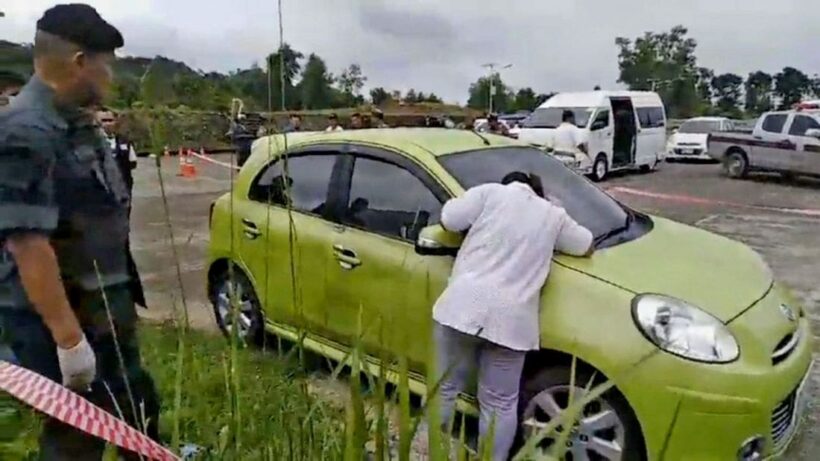 A Ranong man has been found dead inside his car at a tourist spot today. Ranong is a five hour drive north of Phuket.

Police were alerted this morning that a car had been parked overnight in the parking lot of Grass Mountain in the main central district.

When police unlocked the car they found the body of a man, later identified as 32 year old Sutthipong Suk-aram, in the driver’s seat. A doctor determined that the man had been dead about 24 hours.

The car’s engine and air-conditioner were still on when the body was found and a charcoal stove, which had extinguished itself, was also found inside the car. The man’s relatives told police that Sutthipong had a quarrel with his girlfriend recently.

Charcoal briquettes emit carbon monoxide. Carbon monoxide is a toxic, invisible gas that builds up indoors and can result in poisoning, unconsciousness, or death.