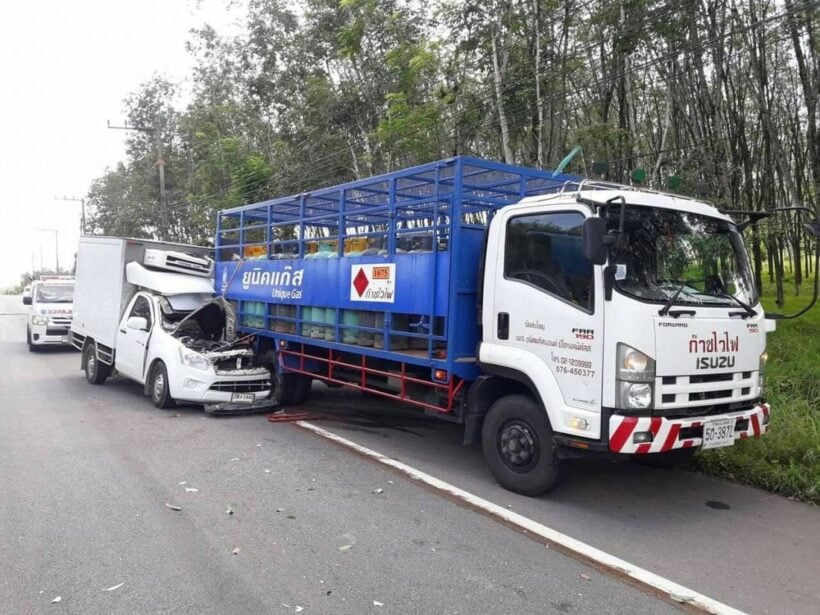 A refrigerated pickup truck driver, who has admitted to being asleep at the wheel, has sustained minor injuries after colliding into the back of a parked truck which was carrying gas cylinder tanks in Phang Nga this afternoon (September 7).

Phang Nga rescue workers were notified of the accident in Takua Thung in Phang Nga at 1.50pm.

Rescue workers arrived to find the refrigerated pickup truck had hit the rear end of the truck which was carrying gas cylinder tanks.

The refrigerated pickup driver sustained a few minor injuries – some scratches on his arm and head.

One dead after ammonia leak at Phang Nga ice-factory