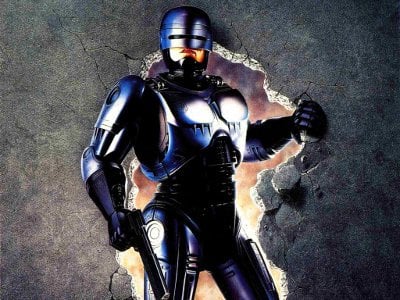 PHUKET: Technology is great for providing distractions, but this week’s Weird World News round-up is all about the latest gizmo goings-on designed to get your attention, and keep it.

SOUTH Korean prisons will deploy a fleet of robot guards to keep inmates in line. And at one billion won (about 27 million baht) apiece, they aren’t by any means cheap, but they do ease the burden on their human counterparts, the Telegraph reported this week.

The Ministry of Knowledge Economy is behind the project that will see the 1.5-meter-tall robots go on duty in March 2012. They will be used mostly for night duty.

The robots not only detect abnormal inmate behavior and acts of violence, but also serve as an intercom system between inmates and prison staff.

Currently the designers are trying to make the ‘RoboCops’ look more friendly for inmates.

South Korea also has robots stationed on its border with North Korea and produces many domestic robots for chores, such as cleaning homes.

SKYDIVERS in the United States have a new way to test how tough iPads are – by dropping them from 1,300 feet.

The tablet-loving adrenaline junkies started playing films on their iPads and then slipped them into protective cases, just before leaping from an airplane, the Telegraph reported.

The video footage, captured on the pairs’ head-cams shows them launching their parachutes at 1,300 feet and doing the unthinkable for all Apple lovers: letting go of their iPads.

When they retrieve their iPads on the ground, they are undamaged and still playing films, despite the mammoth fall and crash landing.

The video was made by case maker G-Form, who also make shock-absorbing technology for athletes.

“YOOHOO, honey, over here!” It’s not easy meeting your loved one at the airport. There’s always so many people.

With this in mind a new vending machine at Amsterdam’s Schiphol Airport is the world’s first to print personalized giant canvas banners.

“Missed you Mummy”, “I love you” and “Will you marry me?” are just some of the messages to choose from.

You can even choose backgrounds and design options to help you stand out from the crowd.

BannerXpress’s co-founder told Reuters this week the company wanted to make it easier for people to greet their loved ones.

The company is already looking to expand its product range.