CHALONG: Residents of Chalong Village 10 called police on the evening of October 11 to report a pile of apparently-human organs tossed into a thicket along Saneh Soi 10. Shocked and in fear that a serial killer was on the loose, they were somewhat relieved to eventually learn that the abandoned innards were of canine, not human, origin. Responding to the call, officers led by Deputy Inspector Pol Capt Samarn Senreut arrived at the scene in a 191 patrol pickup just before dusk. They were accompanied by members of the Phuket Provincial Administration Organization’s Phuket Tourist Rescue Center and volunteer rescue workers from the Phuket Ruamjai Foundation. When they arrived, a large crowd of Thais and foreigners had assembled around a spot in a wooded area about 300 meters off the road. Squeezing their nostrils shut with their thumbs and forefingers to keep out smell, the crowd gawked at a decomposing pile of what they thought were human remains: liver, intestines, ribs and other internal essentials, all finely chopped and left to rot on a clump of wild grass. Missing, however, were the telltale signs that a murder had taken place. There was no head, no severed limbs or other evidence that could be used to establish whether the remains were those of a human murder victim – or just those of a slaughtered animal. For this reason, samples of the remains were collected for examination and analysis by medical experts. Fearing the worst, some of the gathered crowd speculated that the remains were human. Some theorized that they had been dumped there by a reincarnated See-Ouy, the notorious Chinese-immigrant serial killer who murdered and ate the livers of least six children in Prachaup Khiri Khan and Rayong provinces during a reign of terror that lasted from 1954 to 1958. After some time, a nurse from Bangk1ok Hospital Phuket who lived in the area arrived. There was a large, collective sigh of relief when she said that the remains could not be human because the ribs were too small. Speculation among the crowd then shifted to more likely explanations as to how the sloppy pile of gore came to be deposited there, one of the most popular being that someone had slaughtered and butchered a dog to eat before leaving the remains there. Officials are now reportedly looking for the culprit.

I've got WHAT in my hair? 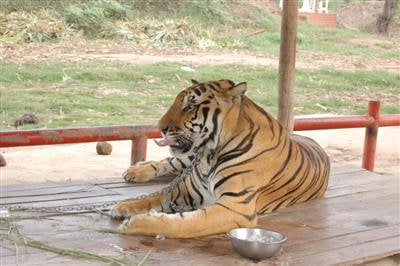 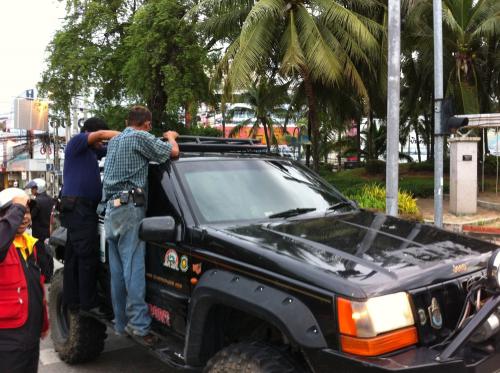 A lesson in physics

Bottom’s up for Okker shockers