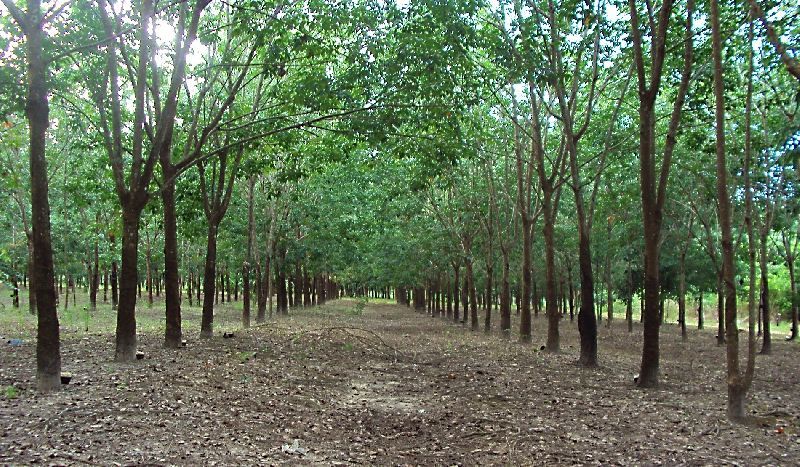 A mother is on the run after delivering her own baby boy in a hut on a Loei rubber plantation yesterday, just a day before her husband, who was in custody for two years, was to be released. Loei is in far north-east Thailand near the Laos border.

The baby, with its umbilical cord still attached, was found by local villagers in a rubber plantation hut near Ban None Sawan village in Tambon Khao Luang in Wang Saphung district at 2pm yesterday.

The baby was rushed to the district hospital and forwarded to Loei Hospital.

The chief of the Wang Saphung police station says police learned that the mother is a 38 year old local resident of the village. Her house is about four kilometres from the spot where the baby was found.

Police say the mother disappeared after the delivery apparently because she feared her husband would harm her. Police hope to arrest the mother and charge her with abandoning and endangering a baby, whilst putting her in contact with local welfare services.

Her sister-in-law, ‘Yingyai’ (not her real name), told police that the mother already has four children, with the eldest 12 years old and the youngest 2 years.

Her husband was jailed two years ago and released today. Yingyai said her sister-in-law’s stomach did not grow large and so her pregnancy was not noticed until last month.