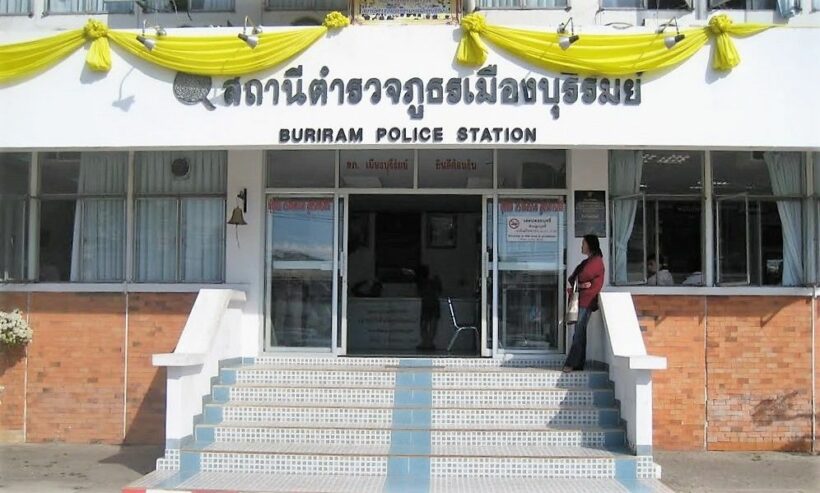 A former convict went into meltdown yesterday, screaming and brandishing a knife as he made his way around an apartment building Buriram, north-eastern Thailand. Thai Residents reports that the building’s residents alerted police when they spotted a clearly deranged man screaming and swinging a knife like a samurai sword.

Police officers arrived and discovered the man wandering around on the second floor of the building and going in and out of various rooms. Officers managed to make contact with a relative of the man’s, who arrived on the scene soon after.

The relative, named only as Noi, says the man is 22 years of age and was released from jail about a year ago, having served time for drug offences. It’s understood he has been staying with Noi and family for the last two weeks after his father passed away and his mother went to stay with a new partner.

When Noi arrived on the scene, the man came down from the second floor and was questioned by police, who asked to see what was inside the bag he was carrying. Refusing to cooperate, the man attempted to flee but was captured by officers. In the ensuing scuffle, one policeman sustained minor knife injuries.

Along with the knife, police found around 200 yaba pills (methamphetamine) in the bag. It then took nearly half an hour to get the suspect into the police car to be transported to Buriram police station. He reportedly screamed the whole way.

Man allegedly shoots his wife after argument over money for alcohol

Tropical storms on the menu today for northeastern, northern and central provinces