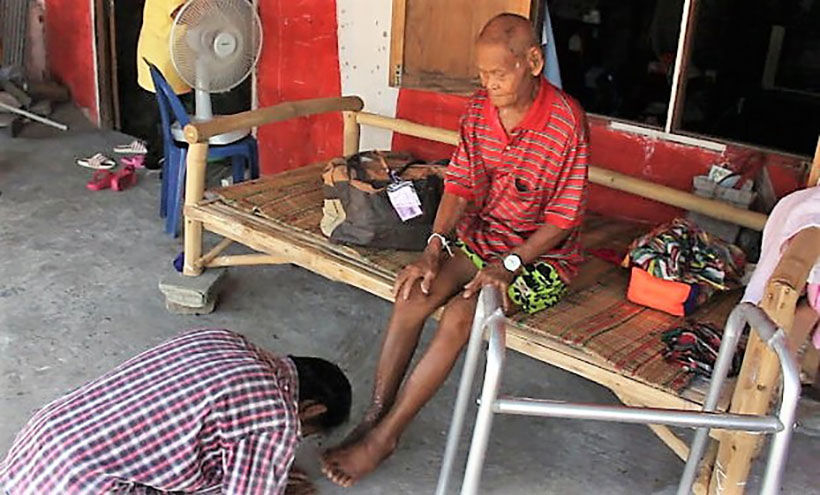 An 83 year old man in the north-eastern province of Buriram has been reunited with the son he has not seen for 16 years, thanks to the local police force who were able to help tracking him down. The man, named in a Thai Residents report as Rit Bunpetch, is understood to be bedridden with gallstones and gout, and had expressed a wish to see his long lost son, Sompong Bunpetch, before his condition deteriorated further.

Sompong left Buriram in 2004 to look for work in the neighbouring province of Roi Et, and his family never heard from him again. When they contacted local police on behalf of Sompong’s elderly father, officials tracked him down to the Phon Thong district in Roi Et. He says he’d gone there to look for work, but after being cheated by his boss and never receiving any money, he ended up homeless and penniless. Although he says he wanted to return home, he didn’t have the means. He was taken in by the village chief, who let him work in the garden in exchange for food and accommodation.

Buriram police transported Sompong back home to see his father, where an emotional reunion took place. The young man says he is happy for them to be reunited and plans to look for work in the area so they can stay together. If he is unable to secure work locally, he says he will remain in touch and visit regularly.