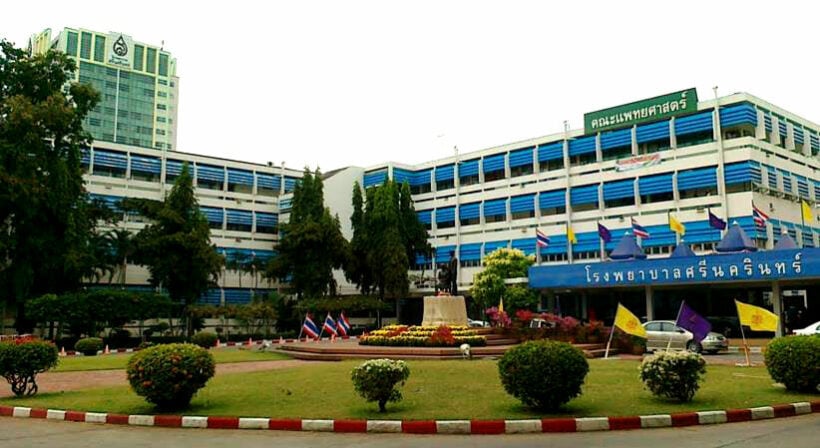 PHOTO: Srinakharin Khon Kaen Hospital where the man’s body has been taken for autopsy

A 76 year old Swiss man has been found dead in his home in Khon Kaen’s city district.

Police and a doctor from Srinakharin Khon Kaen Hospital headed to the house in Tambon Muang Kao after neighbours noticed a strong smell coming from the house.

The bloated body of Kurt Martin Meili was found in the bathroom. Doctors determined that he might have died up to a week ago.

Neighbours told police that Meili had been living at the house alone after his Thai wife died two years ago and his daughter moved to live abroad.

46 year old Rung Namwiwan, a neighbour, said Meili rarely talked to neighbours and normally left home at dusk. He said he noticed strong stench from the house three days ago and he did not see Meili come out of the house, so he decided to alert the village kaman.

Police did not find any evidence of a struggle inside the house. His body was sent for an autopsy at the provincial hospital.

Summer storms take their toll on the north-east this year