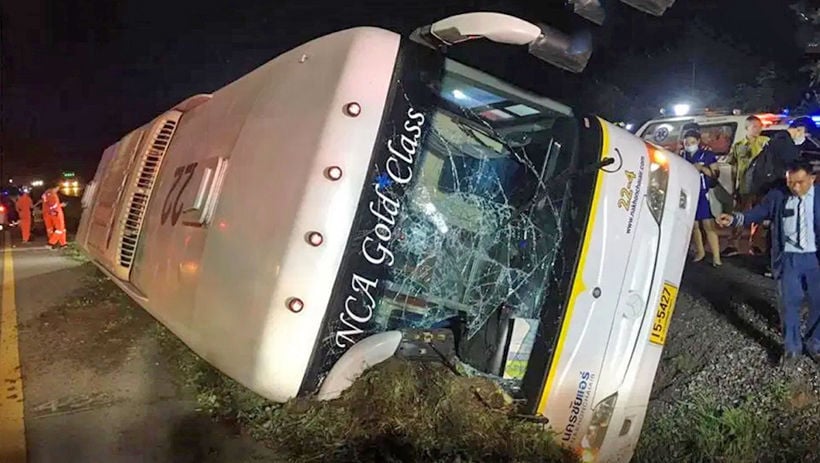 A bus in Isaan’s Udon Thani province slipped off the road and onto is side in heavy rain last night, seriously injuring a passenger. All 19 passengers, some with minor injuries, and the driver were safely rescued, and no deaths were reported. The injured passenger was sent to hospital.

Police and rescue staff were alerted to the incident, on Mittraphap Road, around 7:45pm. The Nakornchai-Air coach was carrying a group of elderly citizens, monks, and soldiers flipped and plunged off onto the roadside.

The driver, whose name was not given, told police that the bus had left the terminal 45 minutes earlier and started to lose traction as he was driving on a curve and the road was slippery due to the heavy rains. He told reporters:

“The road was very slippery due to continuous rain since early evening. The bus started to lose control and eventually flipped onto a roadside. Fortunately, the passengers who were seated were not killed.

“Everyone should be careful when driving during this rainy season. Rain and slippery roads may cause an accident anytime.” 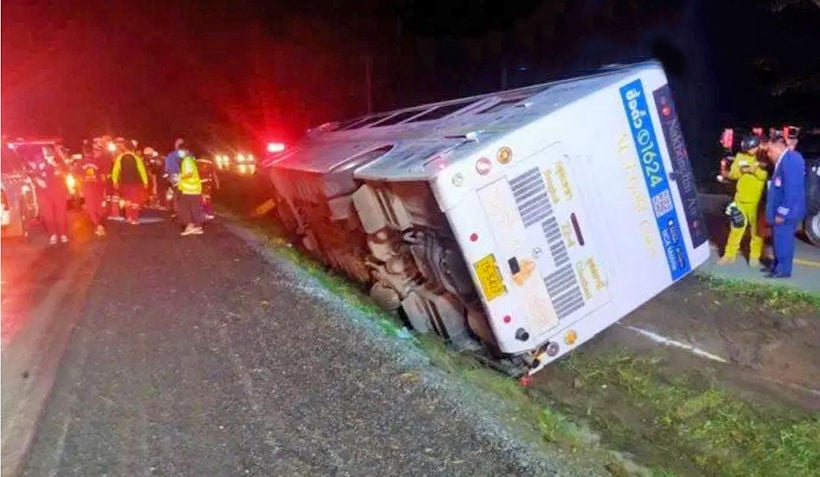