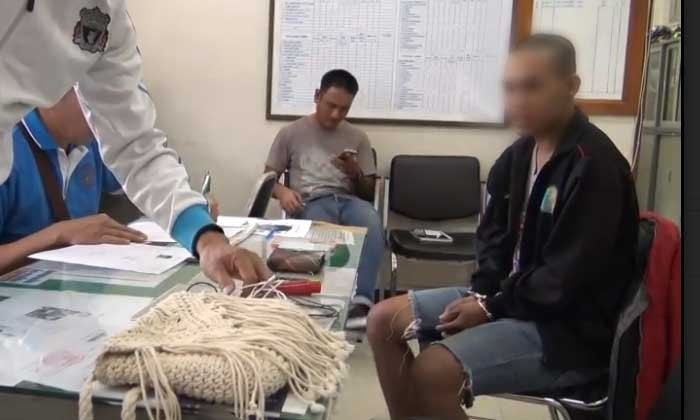 A man who robbed and allegedly attempted to rape a female Chinese tourist has been apprehended at his house while he was having his head shaved before entering the monkhood.

Sanook is reporting that Mae Rim cops in Chiang Mai announce the arrest of 26 year old Wuthisak yesterday and took him on a reenactment to the entrance to the Huay Tung Tao reservoir where he is said to have attacked and robbed a Chinese tourist last Friday night.

The 23 year old tourist had been walking around Muang district of Chiang Mai when she noticed Wuthisak wearing a t-shirt with the name of the same hotel she was staying at.

She asked for a lift with Wuthisak. But instead of taking her to the hotel he took her to the scene of the crime where he allegedly tried to rape her. After she screamed for help he decided just to steal her bag containing a 1,000 baht, an iPhone 8, passport and credit card.

He was later arrested at his house in Saraphi district. He was having his head shaved at the time as he was about to ordain after the death of a relative, a Thai tradition. Wuthisak told police that he thought the Chinese woman fancied him.

At this stage he has just been charged with robbery.