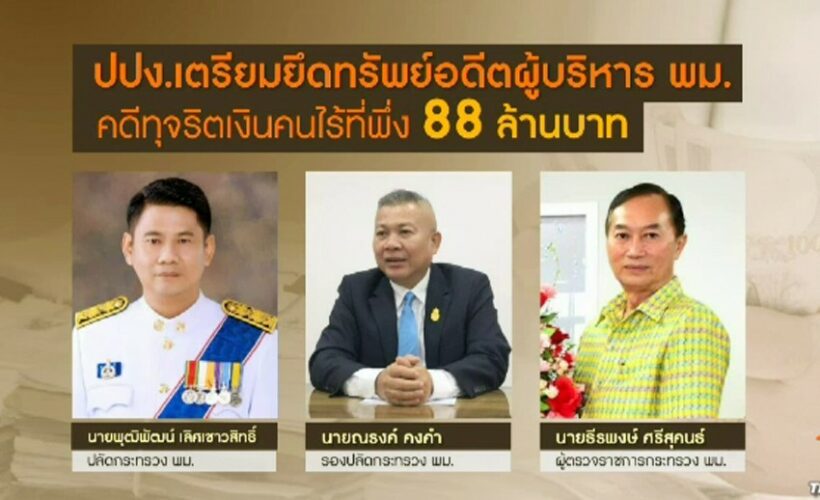 The AMLO (Anti-Money Laundering Office) is set to confiscate assets from three former top officials of the Ministry of Social Development and Human Security plus 12 other accomplices. The value of the assets is said to have a value of 88 million baht to compensate over corruption involving state funds for the destitute.

Thai PBS is reporting that the decision was reached at a meeting of the AMLO’s financial transaction committee after it was assigned to investigate their money trail following a joint investigation by by the Office of the Auditor-General and the Public Sector Anti-Corruption Commission (PACC) which revealed massive corruption in the funds for the destitutes across the country.

The AMLO deputy secretary-general Pol Maj-Gen Rommasit Veriyasan said intensive investigation by the AMLO investigation team showed that the three top officials who included the former permanent secretary Puttipat Lertchaowasit, his deputy, Narong Kongkham, and former inspector-general Thirapong Sreisukhon have been found guilty of collaboration in the misappropriation of funds for the destitute, allocated to protection centres for the destitute across the country.