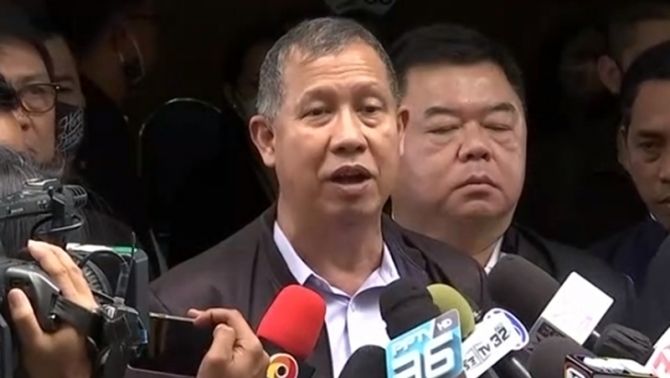 Zoos across Thailand will be investigated for possible involvement in the black market wildlife trade. The probe follows a case where 2 rare albino barking deer went missing at Songkhla Zoo and a top zoo official investigating the disappearance was shot and killed at the zoo in an apparent murder-suicide.

After suspicion that the deer were stolen and sold in the illegal wildlife trade, the Zoological Park Organisation of Thailand board set up a panel to investigate zoos nationwide for possible involvement in the trade. The zoos that fall under the organisation’s responsibility are in Chiang Mai, Nakhon Ratchasima, Khon Kaen, Songkhla, Ubon Ratchathani and Chon Buri.

The panel will determine whether or not illegal wildlife trading and trafficking is happening at the zoos, according to the board chairperson and former permanent secretary of the Ministry of Agriculture and Cooperatives Chavalit Chookajorn.

Chavalit says the board also wants answers to the disappearances of the 2 albino barking deer at Songkhla Zoo. They went missing in February and September. The latest missing deer is believed to be eaten by a python. The board’s acting director Smitti Darakorn Na Ayudthaya says the deer’s carcass was found in a snake’s stomach.

The organisation’s director, Suriya Saengpong, initially went out to Songkhla Zoo to investigate the 2 disappearances. He was allegedly shot and killed by senior veterinarian Phuwadol Suwanna who later allegedly killed himself. After the fatal shooting, some have cited concerns that the deer may have been stolen and sold in the illegal wildlife trade. The case prompted the prime minister to order the Ministry of Natural Resources and Environment to investigate.

The Zoological Park Organisation panel plans to look at the current state and numbers of animals at the zoos under their jurisdiction and determine if there are signs of illegal wildlife trading. The system for reporting animal populations at the zoos needs to be updated, Chavalit says, adding that the process is complicated and time consuming. He also says the organisation plans to list zoo’s information on their website with animals’ birth and death dates.