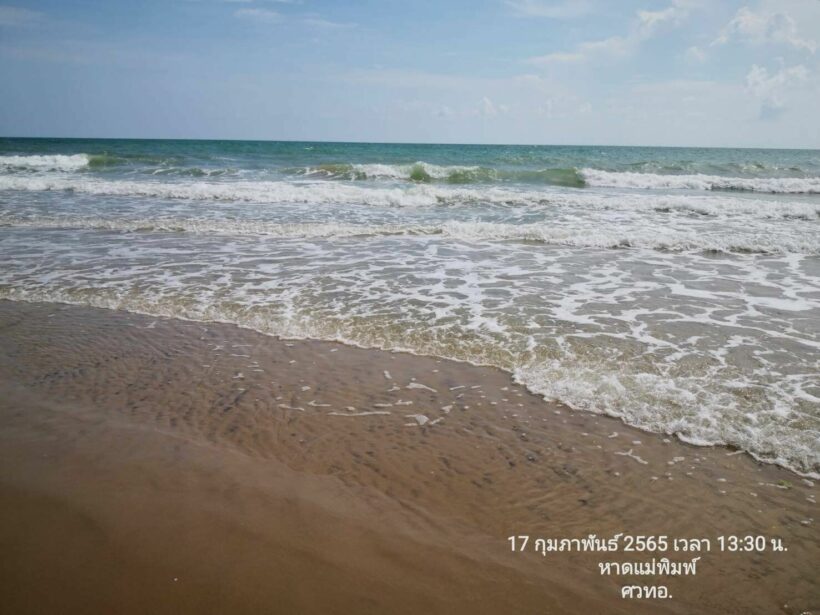 Following the report on another leak found in the underwater pipeline yesterday, the Rayong governor said that – for a third time – oil had seeped out of the pipes and slicks had rented up on various beaches, including Laem Mae Pim and Laem Charoen Beaches.

Local fishers say oil slicks were found at around five nautical miles from the shore. Officers and specialists hired by Star Petroleum Refining Public Company are now working on samples picked up from different beaches.

Yesterday evening, Thai media reported that Rayong Governor Charnchana Iamsaeng announced a third oil leak from the offshore undersea pipeline of the Star Petroleum Refining Public Company. The governor shared that officers handled the situation immediately after the leak was detected, spraying degreaser and using oil booms to control the spread of the oil.

Today, officers from the environmental auditing company, Health and Envitech, who were hired from the oil company, visited Laem Charoen Beach to gather samples for further investigation. The officers shared that they would continue picking more samples on different beaches from Map Ta Phut district to Koh Samed.

The oil company announced plans to offer compensation to the residents affected by the oil spill. The company divided the people and businesses into four groups, including local fishers, hotels, restaurants, and other careers that were affected by accident. The manager says more than 8,000 people registered for the compensation. The first group will get paid at the end of the month.

Ianr
Does anyone know the type of degreasers being used. if chemical based and aggressive could be doing the environment so damage. These days there are all natural degreaser alternatives that are BIP degradable like Lanotec hope all being managed as…

King Cotton
18 hours ago, Ianr said: Does anyone know the type of degreasers being used. if chemical based and aggressive could be doing the environment so damage. These days there are all natural degreaser alternatives that are BIP degradable like Lanotec…