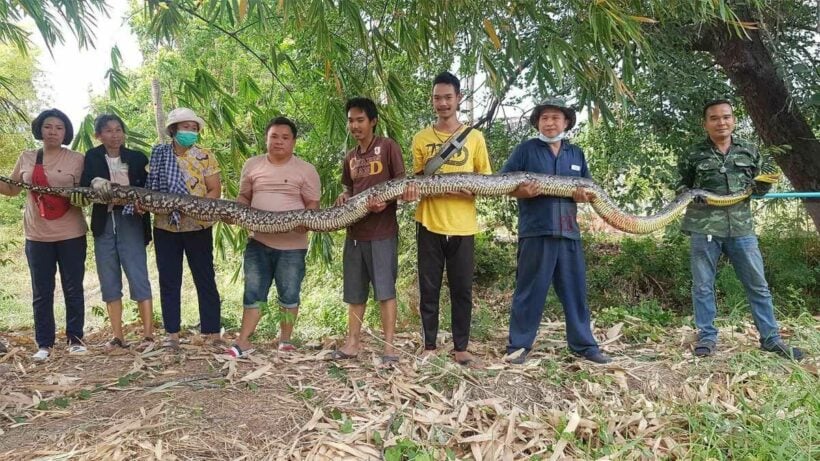 While tending to his land and preparing to cut down some banana trees, a Chon Buri man came across a massive 6-metre-long, 100-kilogram python. 8 people worked together to pull the giant snake out from the vegetation. The python tried numerous times to escape. It took around 30 minutes to catch the snake.

The landowner told Thai media reporters that the area is frequented by workers and he was surprised a large python was nearby. While there tends to be snakes in the area, he’s never seen a snake this big.

“We were cleaning the area before we were surprised to discover the python. We have always had snakes in this area occasionally but never one quite on this scale, especially in a garden and farming area that is frequented by local residents.”

Animal rescuers were called to the seen and took the giant python to a secluded forest away from locals.