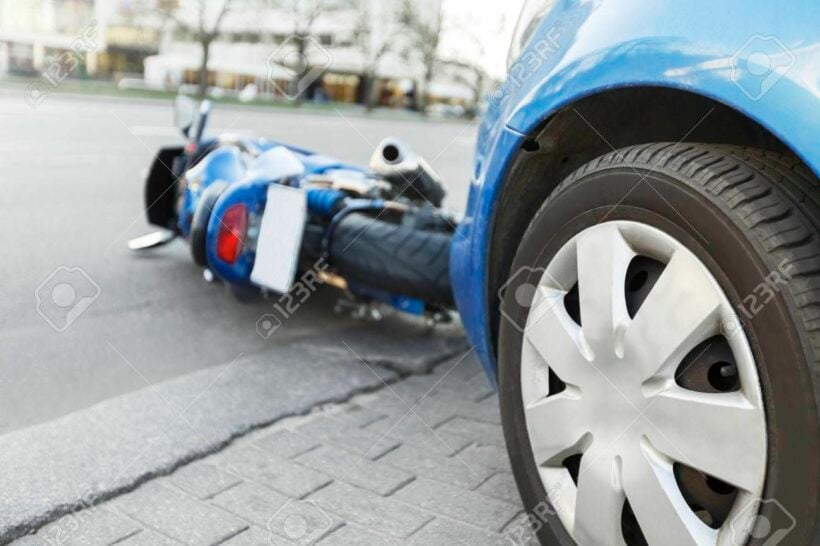 A helmet has been credited by rescue workers as saving a young student motorbiker’s life after being run over by a truck following a collision with another vehicle. The accident, which happened in the Panat Nikhom District, of Thailand’s eastern Chon Buri province, happened after a vehicle stopped suddenly, causing the student to crash into it.

The student reportedly fell off the motorbike when a passing truck ran him over.

Rescue workers say when they arrived at the scene, they found a blue motorbike with a small amount of damage along with the 16 year old student, bearing only minor injuries to his skull. The student, whose name has withheld due to his age, was taken to a local hospital to be examined. Panat Nikhom Police say they are searching for the 2 vehicle drivers involved in the accident as they both fled after the crash.