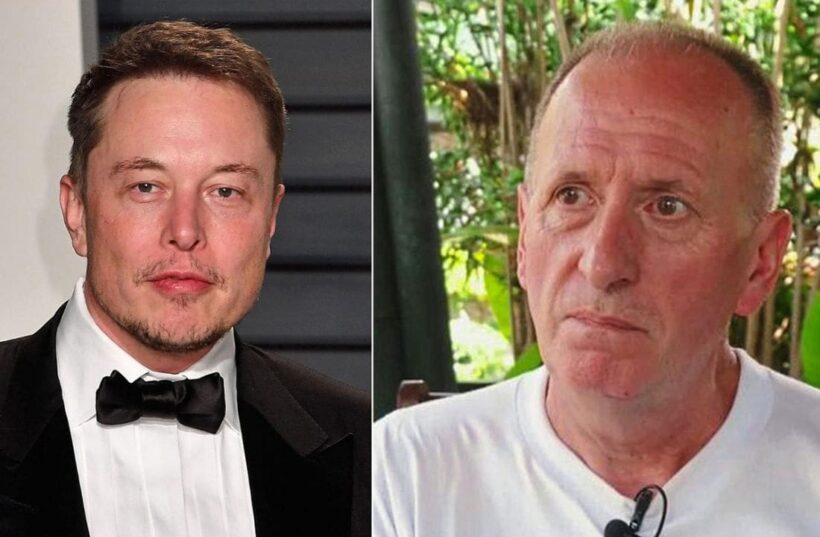 The British cave expert who was part of the international rescue team helping to bring the 13 Mu Pa footballers out of the Tham Luang caves in July, has sued Tesla founder Elon Musk for calling him a “pedo guy” and a “child rapist”, amongst other insults in a series of Tweets.”

The defamation suit has been filed in LA by Vernon Unsworth after the very public spat between the two. It followed Musk travelling to Thailand and offering to assist in rescue efforts. He brought along a ‘mini submarine’ and showed it to the local rescuers who dismissed it as inappropriate for the rescue at hand.

Unsworth described Musk’s effort as a “PR stunt”. Musk fired back on Twitter by calling Unsworth a “pedo guy,” a slur referring to Unsworth as being a pedophile. The assertions were without any basis in fact.

Musk, the tech guru behind Tesla and private space firm SpaceX, apologised days later. Investors in his business ventures called him out on his comments and questioned his leadership capabilities over the matter.

So that was that? No, there was more to come.

Musk reignited the matter last month with a private email to BuzzFeed News accusing Mr. Unsworth of being a “child rapist,” saying that he married a 12 year old and engaged in child sex trafficking. Again, his allegations were without basis in fact and completely groundless.

But then Musk doubled down on his previous comments by taunting Unsworth, “I hope he f**king sues me,” according to the lawsuit.

Unsworth is seeking unspecified damages “for the worldwide damage he has suffered to his reputation,” but, in a report in the one media outlet, the amount has been set at US$75,000.

The law suit also seeks an injunction which would mute Musk from making any further slanderous comments.

Last week Musk attracted more undue attention for his investors when he appeared in an online blog interview smoking marijuana.