Finding the 13 footballers 300 metres away from the ‘Pattaya Beach’ inside the caves is just the first step in the recovery operation. But the prospect of getting 13 weak individuals out through the inundated and tricky cave systems, a lot of it still underwater, is proving an enormous challenge for rescuers.

So, rescue teams are continuing to search for alternative exits for the 12 footballers and their assistant coach. The only existing escape route through the cave is still flooded, a senior Navy officer said this morning (Tuesday).

Rear Adm Arpakorn Yukongkaew, commander of the Navy SEAL Command, said the cave’s main exit has several narrow areas that remained flooded and are impassable for anyone not trained in diving.

He said rescuers have given the footballers high-calorie gels to restore their strength and may attempt to teach them to dive. Divers are expected to lead a doctor to the area to give the team members a physical examination later today. 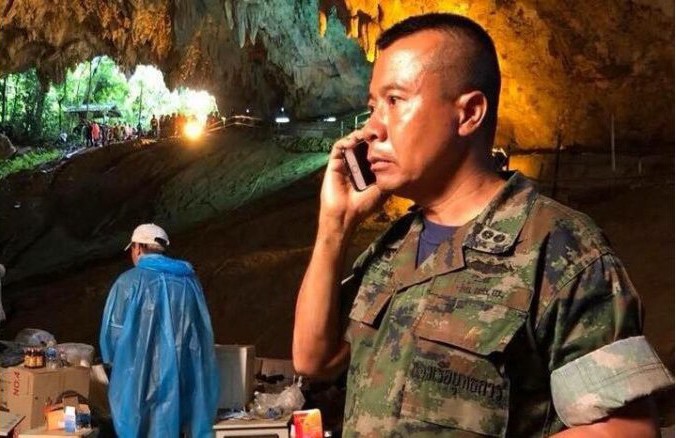