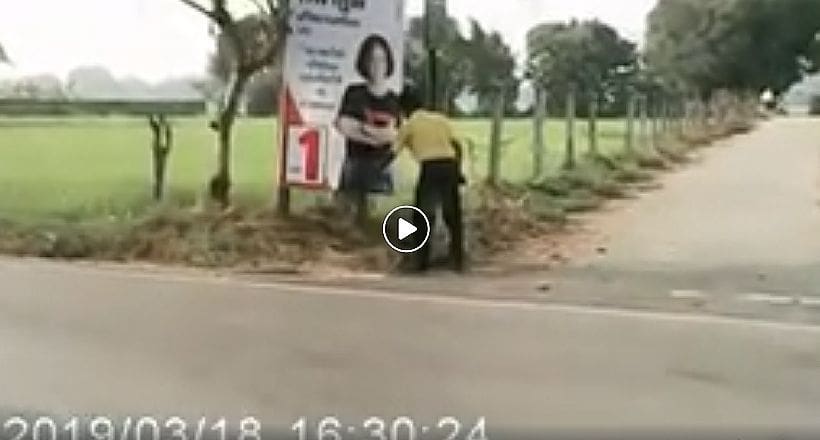 Sanook reports that the woman in the poster was ‘attractive’.

When he realised he was being filmed he abruptly stopped. Locals told Sanook that they caught the man behaving like this before, although The Thaiger notes the last election was back in 2011.