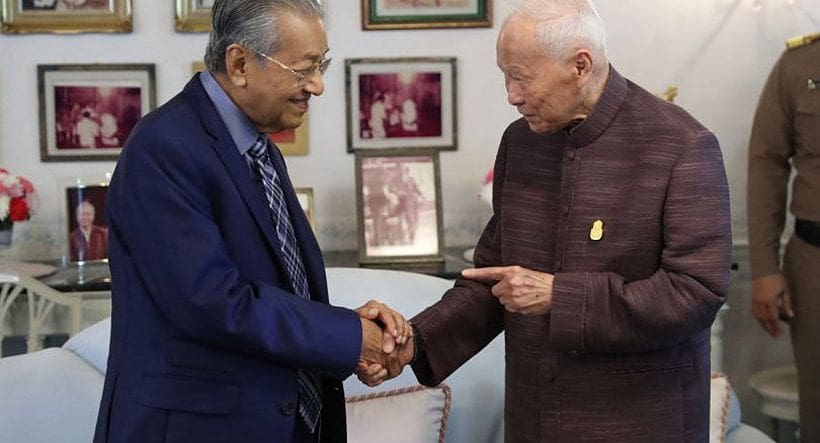 During the 1980s both men were the Prime Ministers of their respective countries. Now, both in their 90s, the two re-united yesterday for a casual catch-up.

Mahathir has been in Thailand for two days at the invitation of his counterpart Thai PM Prayut Chanocha. The stop-off at Prem’s residence yesterday came as a surprise to many, because his schedule was busy with bilateral meetings, speeches and negotiations.

Yet the Malaysian leader found time to meet the veteran statesman before heading to Chulalongkorn University to deliver a speech. Mahathir’s first stint as Malaysian PM from 1981 to 2003 coincided with Prem’s eight-year term as PM from 1980. Neighbours Malaysia and Thailand have enjoyed a close relationship, and the two leaders’ paths crossed often at ASEAN, Asian and world events.

Mahathir took the top job again in May this year after leading his Pakatan Harapan Party to a decisive victory, making him the world’s oldest sitting head of government.