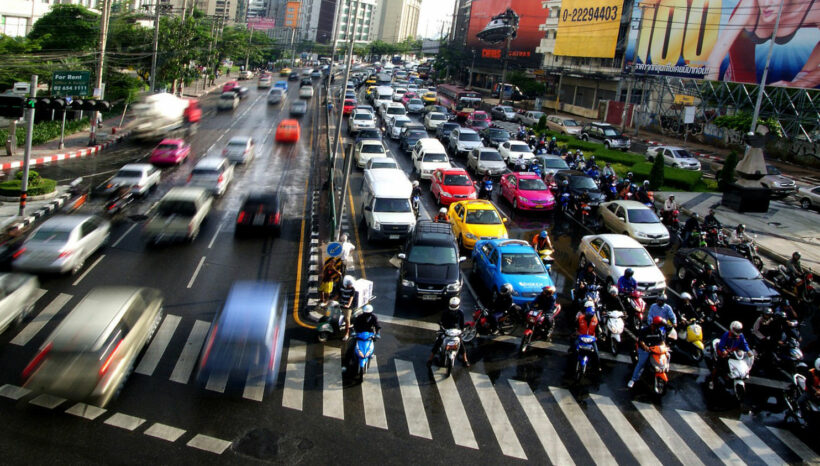 “She says the drive normally takes her an hour and a half but by using the bus and train on Wednesday, her journey time was reduced to 50 minutes.”

Thailand’s Pollution Control Department in Bangkok is rolling out a “No Car Wednesday” initiative, with staff being encouraged to choose public transport over their cars for one day a week. Thai PBS World reports that the scheme kicked off yesterday, with department head Pralong Damrongthai leading by example and leaving his car at home. A number of officials followed suit, resulting in the department’s car park, normally home to over 160 vehicles during office hours, being nearly empty.

Mr Pralong hopes the idea will gain traction and that more officials from his department, and other government departments, will agree to leave their cars at home on Wednesdays. He also hopes to see members of the public follow their example.

He acknowledges other government agencies are also introducing measures to help curb air pollution, with the capital’s buses switching to lower emission fuel and restrictions being placed on trucks using the outer ring-roads at peak times.

One department official says she normally commutes by car from Pathum Thani, nearly 40 kilometres away. She says the drive normally takes her an hour and a half but by using the bus and train on Wednesday, her journey time was reduced to 50 minutes.