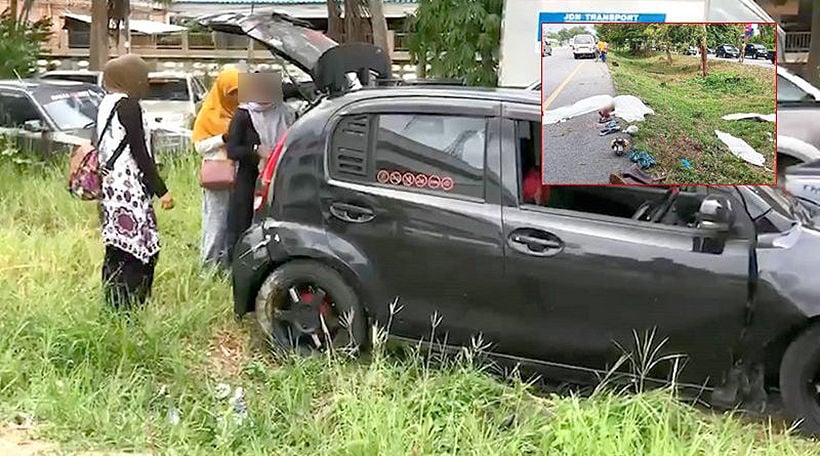 “Five Thai workers were killed and another injured on the Asia Highway.”

Khao Sod reports that a Malaysian tourist has been charged with reckless driving causing death and injury after her car allegedly ploughed into six Thai road workers in Songkhla, southern Thailand, on Tuesday. The workers were from the Kamphaeng Phet Highway District Office doing routine maintenance along the roadside.

Five Thai workers were killed and another injured at 3pm on Tuesday on the Asia Highway in front of the Asia Rescue Unit in Village Group 3 in Songkhla’s Rattaphum district.

The driver of the car was ‘Malinda Susilalinee Asalan’ (translated from Thai) who allegedly lost control and ploughed into the six road workers cutting weeds on the roadside. Five workers died at the scene, with another seriously injured and rushed to hospital.