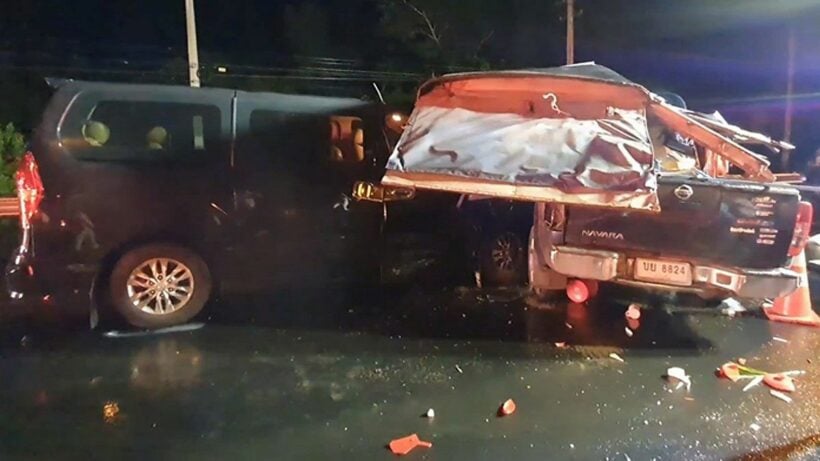 3 people died and 9 were injured in a car accident during a heavy rain storm yesterday in Ubon Ratchathani, Northeast Thailand. Police say a pickup truck lost control and slid across the road into another lane heading the opposite direction.

The truck was then hit on its side by an on-coming van headed west toward Si Sa Ket. The pickup truck was loaded with workers for an air conditioning company, police say. 2 of the workers, 20 year old Sommai Naloeng and 31 year old Nanthawat Phitpong, died at the scene. Another worker, 30 year old Poempol Kaewkhonkaen, died on the way to the Warin Chamrap Hospital.

9 others were injured and taken to the hospital. The Bangkok Post did not report on how serious the injuries are. Both vehicles were totalled and police say they are still investigating the incident.