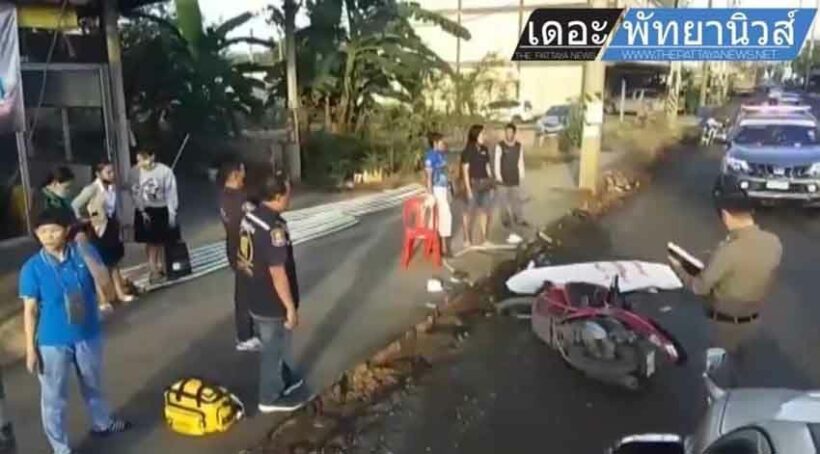 An 18 year old student has died, and another has been injured, after a collision between their motorbike and an 18-wheel truck in the eastern province of Chon Buri. The incident happened in the district of Panat Nikhom, with rescue workers and police arriving on the scene to find the damaged motorbike and truck, on a road that is currently under construction.

The body of Napaket Wannchai, who died after being run over by the truck, was found near the bike. The driver of the bike, named as 18 year old Kanokphon Supa, had sustained minor injuries and was able to talk to police. She has been taken to hospital for treatment.

According to Kanokphon’s police statement, she was trying to overtake the truck on the inside, to avoid roadworks on the other side. The bike was hit by the truck, which caused it to fall over, knocking both women to the ground. The truck subsequently drove over Napaket, killing her.

Police have not disclosed the name of the truck driver, who is said to be cooperating with the investigation. Officers are examining CCTV footage of the area and have not confirmed if any action will be taken against the truck driver.