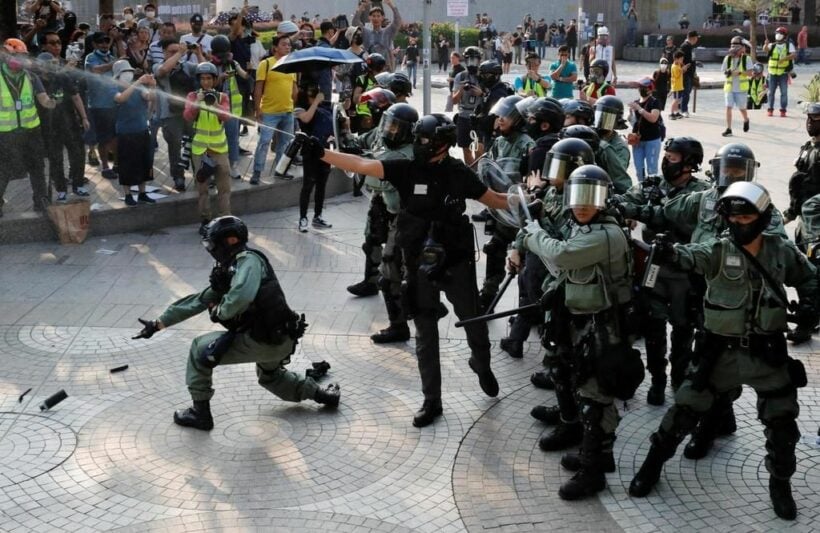 More than five months in to the anti-government protests that have shaken Hong Kong, Paul Chan, the city’s Financial Secretary says Hong Kong is in recession and the economy is unlikely to grow this year.

Thai PBS World reports that Mr Chan says the protests have had a devastating effect on the economy and that achieving the government’s forecast of 0-1% annual economic growth (issued before the protests began) would be “extremely difficult”.

Determined protesters dressed in black and wore face masks (despite a ban on the latter) on Sunday, setting fire to shop premises and throwing petrol bombs at police. The authorities responded with tear gas, water cannon, and rubber bullets.

The buildings routinely seen as targets by the protesters are those owned by mainland Chinese companies, including banks. They have also vandalised the MTR, the city’s metro system, which has had to shut down services in recent weeks.

The protests have caused a significant drop in visitor numbers, which are down nearly 50% this month. Mr Chan says the fall in tourist numbers is an emergency for the city and is pleading with the protesters to do the right thing for Hong Kong.

The Hong Kong protests started in June as a result of a proposed extradition bill that could have led to arrested criminals being sent to China for trial.

The hugely controversial bill has now been withdrawn but it sparked an uprising that has now escalated to become a wider, pro-democracy, anti-Beijing interference movement that shows no sign of ending anytime soon.