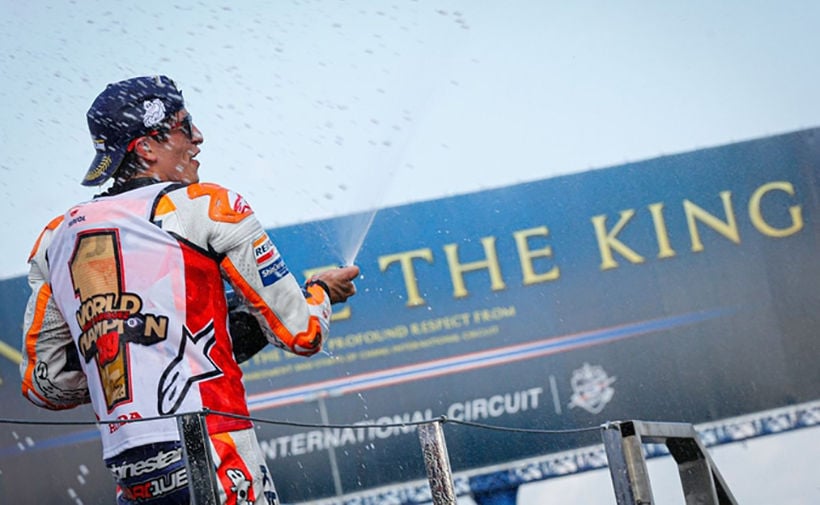 “My target was to try to find the best way to win the race.”

Marquez is an eight-time world champion after winning the 2019 MotoGP title in yesterday’s Thai Grand Prix.

Marc Marquez of Spain has surpassed arch-rival Fabio Quartaroro of France in the final lap to win the Thailand Grand Prix claiming his eighth MotoGP World title in Buri Ram province yesterday. The Repsol Honda star stalked rookie Quartararo for much of the race. His initial attempts to take the lead failed until he changed gears in the final lap to finally speed ahead.

“I had planned from the start of the weekend to win the race, not worrying about winning the championship or the battle between me and Andrea Dovizioso. My target was to try to find the best way to win the race,” said the 26 year old, who also produced a late resurgence to win the title here last year, overtaking Dovizioso in the last corner.

It was a stunning rebound for the Spaniard. He timed 39:36.223 mins to win his ninth race of the season, which propelled him to eighth for the World Championship crown with 325 points, leaving closest rival Dovizioso with no chance to catch up as he is at a distant second with 215 points though there are four more races.

“I wasn’t able to grab the lead in the middle of the race. I caught up in the last lap and took it from there. It’s been an amazing year. It’s now time for me to enjoy and celebrate the eighth world title.”

Quartaroro, the 20 year old rookie, who was the youngest to achieve four pole positions including at the start of Sunday’s race, appeared to be on his way for a maiden victory before the late resurgence from Marquez.

“I can’t say anything except that I’m so proud of the work of my team and myself. I couldn’t be happier as I fought until the last corner. I had already tried everything. If I didn’t try to make a move in the last corner, I would have been unhappy.”

My time will come.” 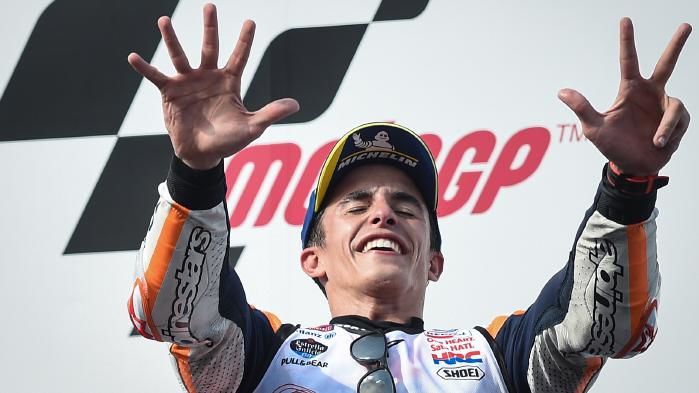