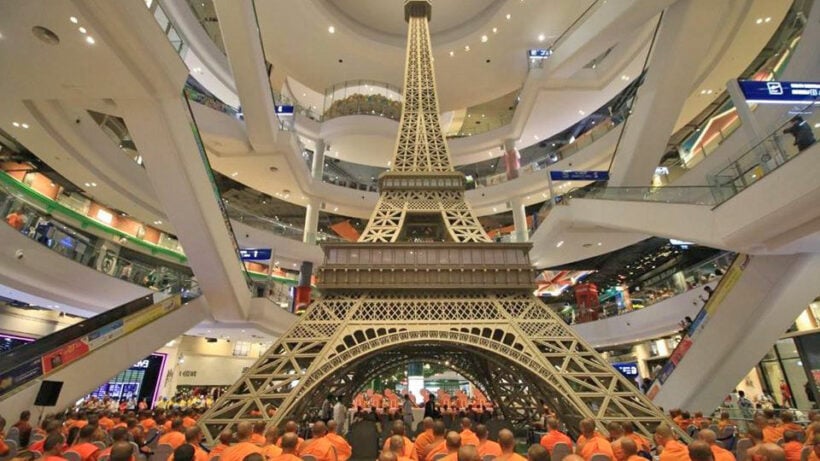 PHOTO: Monks gather at the reopening of the Terminal 21 mall in Korat - Korat Next Step

Four days after the mass shooting that left dead and more than 50 injured, the public turned out this morning to reopen Terminal 21 shopping centre in Nakhon Ratchasima, the scene of the carnage, in hope of raising spirits.

Terminal 21 in Korat reopened its doors today to thousands of people who came to pray and make offerings to more than 200 monks – a tradition which Buddhist practitioners believe will bring in good luck and usher out the bad.

Superstitions and belief in the spirit world make places of violent or unpleasant deaths undesirable to many Thais. The mall’s parent company announced yesterday it would waive rental fees for February. Tuk-tuks, taxis and motorbike taxis are offering free rides in front of the mall until 3pm.

Donations to compensate the families of the victims have reached over 53 million baht (1.7 million US dollars) as of today. On Sunday, a concert dubbed Korat Move On will be held in front of the Thao Suranari Monument, the city’s most prominent landmark. 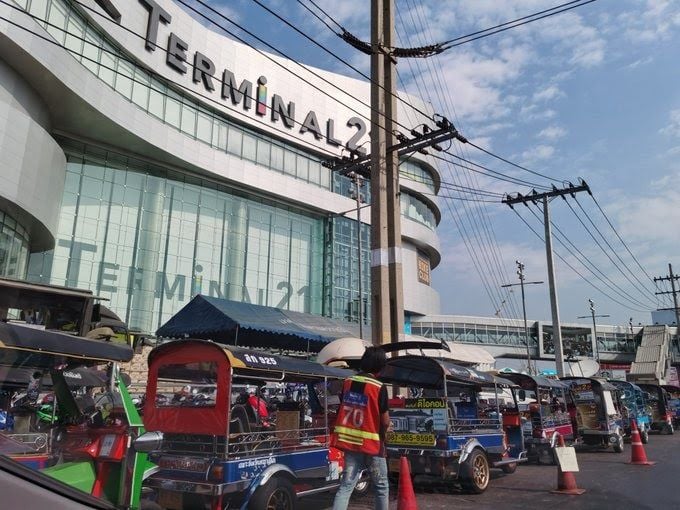 “Korat is our home. Let’s help and cheer each other up. If Thais don’t love each other, who will?” one Facebook user wrote.

“As someone who calls Korat home, we’ll overcome the grief and sadness. Korat is the city of strength and life will move on.”

Families of 27 Korat victims to get 1 million baht