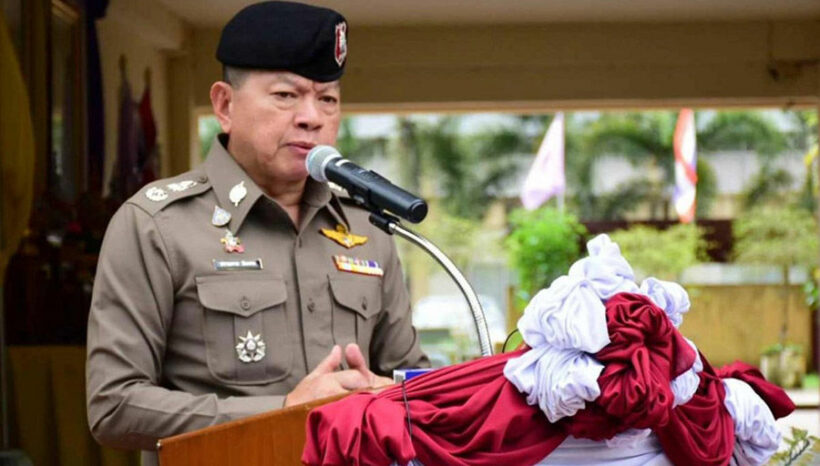 7 police officers in the southern province of Yala have been sentenced to 8 years’ imprisonment and fined 800,000 baht, for bribing a drug dealer and selling confiscated drugs to youths in the area. Yala provincial court sentenced the officers on Wednesday. They have been named in Thai media reports as, Jirasak Nooplod, Sitthapak Chandaeng, Siroj Jaikaewthi, Amphol Ngu-tul, Narongdet Shinpakdi, Thongchai Nurak, and Nathasorn Nuanmai. All were working as part of Yala police station’s special operations unit.

According to a report in the Chiang Rai Times, the officers are accused of demanding 100,000 baht from a drug dealer who’d been busted with 200 methamphetamine pills. The dealer paid a 50,000 baht deposit and the officers kept the confiscated drugs, both for their own use and to sell to local youths.

Prabphol Meemongkhol, one of the officers investigating a claim of extortion against the 7, says the case has reflected negatively on Yala and neighbouring provinces, as well as damaging the reputation of the Royal Thai Police.