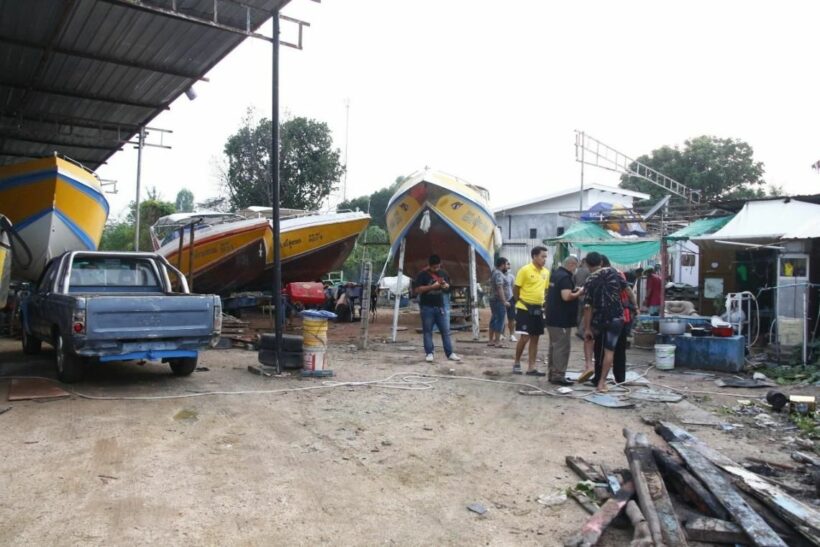 Police are searching for a suspect who allegedly shot a 37 year old man near a shipyard in Chon Buri’s Banglamung district. Son Kuengsamrong was found lying on the ground with a bullet wound just below his rib cage. He was taken to the hospital and is in critical condition.

A truck driver passing by yesterday afternoon noticed Son lying in front of a local shop and heavily bleeding. He pulled over and called the emergency hotline.

Son worked at the shipyard near the shop. Police are investigating and reviewing surveillance camera footage. They say there are no witnesses to the shooting.